What You Should Know About Father's Rights in North Carolina 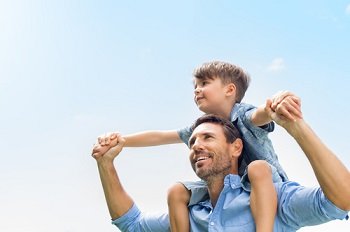 As a father, you want to be a part of your child’s life – even if you are separated or divorced from the child’s mother. You want to spend time with the child. You also want a say in major decisions that affect the child’s future such as where he or she goes to school or what type of medical treatment the child receives.

Under North Carolina law, you have those rights as a father. In fact, unless you voluntary give them up, or a court orders otherwise, your rights as a parent are equal to those of the mother. You may even be entitled to receive child support payments from the mother.

Don’t let anyone tell you that North Carolina law favors mothers over fathers. Instead, to protect your rights as a parent, you should get help from a knowledgeable and experienced Raleigh family law attorney today.

Why Children Need Dads Involved in Their Lives

The reality is that research shows that children are better off when their father is actively involved in their lives. An excellent article on Parenting.com highlights numerous studies that have identified the positive effect of a father on a child’s well-being such as:

Today, North Carolina law recognizes that it is equally important for children to have their father in their lives as their mother. Several years ago, the state abandoned what was known as the “Tender Years Doctrine,” or a presumption that a child’s mother is better suited to care for the child than the father during the child’s earliest years.

Why Establishing Paternity Is Important in North Carolina

However, to assert any rights as a parent, you need to be legally deemed to be the child’s father. In other words, you need to establish “paternity.” Under North Carolina law, this can occur several different ways:

You should consult with a family law attorney right away if you encounter any challenges to your paternity. A lawyer can guide you through all of the steps that you must take and protect your rights if the issue goes before a court.

Fathers Have Equal Rights to Custody and Visitation

As discussed above, North Carolina no longer presumes that the mother is the one most capable of serving as the child’s caregiver. Fathers and mothers have equal rights to child custody – both physical custody (where the child lives) and legal custody (decision-making authority). The law focuses on what serves the best interests of the child.

If you are going through a divorce, you can agree with the mother on a custody arrangement that meets both of your wishes as parents and, in your view, serves the best interests of your child (or children). This is called a separation agreement or a parenting agreement. If you need help with reaching an agreement, you can go through a process such as mediation.

If you can’t agree on a custody arrangement, then you can ask a court to decide. If you go this route, the court will not assume the mother is better fit to care for the child simply based on her gender. Instead, the court will look at a variety of factors and decide what custody situation would serve the child’s best interest.

Keep in mind: You can change a parenting agreement at any time. If a court decides custody, you can petition the court to modify custody based on a “substantial change in circumstances” such as a change in address.

As a father, you also have rights when it comes to child support. You will not be any more or less responsible for child support simply because you’re the father. For most North Carolina families, child support obligations are based on the N.C. Child Support Guidelines. The formula considers both parents’ incomes in addition to other factors. Depending on the facts in your case, you could actually be eligible to receive child support payments from the mother in order to raise your child. Like child custody, you can seek modification of child support payments.

You should know that one parent can never deprive the other parent of custody or visitation simply because the parent may have fallen behind in child support payments. That’s not how it works. There are many ways to enforce child support obligations, and that’s not one of them. If the mother of your child tries to prevent you from seeing your child when you have custody or visitation rights, then you should immediately get help from an attorney.

At Kurtz & Blum, our team of Raleigh family law attorneys take your right to a relationship with your child seriously. If you are going through a divorce, or if you encounter any conflicts with the other parent about custody or support issues, we will aggressively protect your rights. To learn more about how we can help you in Raleigh or surrounding areas in Wake County, call or reach us online today. We will review your case in a consultation.