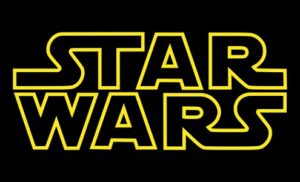 Normally on this blog, we like to focus on analyzing recent news stories, bringing you updates about changes in the law, or giving you helpful legal tips that might help you avoid a jam. This week, we’re taking a slightly different track. The Star Wars franchise is one of the most iconic in cinema. Even if you haven’t seen the films, a surprising number of references from them have made their way into common usage and almost everyone has at least a passing familiarity with some elements of the series. In honor of Star Wars: The Force Awakens being released this week, we’re going to answer a question that no one asked us but we want to talk about anyway: if Han shot first, was it homicide or justifiable self-defense?

One of the first things Greedo does when encountering Han is brandish a blaster at him. Greedo continues to threaten Han with a pointed blaster for the duration of the two’s conversation. Greedo further adds tension to the situation by 1) informing Han Solo that Jabba the Hutt has placed a price on Solo’s head “so large, every bounty hunter in the galaxy will be looking for you,” and 2) informing Han that he has the intention to collect on that price. We don’t get the sense that Han Solo is a bloodthirsty killer in this situation either, as he twice tries to diffuse the situation by offering to pay Jabba the money that is owed to the Hutt. Greedo however, in no uncertain terms, makes it clear to Han that he came to the cantina kill the smuggler.

In addition to Greedo’s behavior, we have to look to another factor as well: where the confrontation took place. As anyone who is familiar with Star Wars: A New Hope is aware, you will never find a more wretched hive of scum and villainy than Mos Eisley Spaceport. Mos Eisley’s cantina is no exception to this rule and it’s important to take into account the surrounding environment when considering whether or not it was justified for Solo to take the first shot. As Han leaves Greedo’s body behind, he casually tosses the bartender some money and apologizes for the mess. Before Greedo even accosts Han, though, we see Jedi Master Obi-Wan Kenobi cut the limb off a bar patron threatening his protégé Luke Skywalker. Although the bar goes quiet momentarily, the music and conversation starts up again relatively quickly. We can infer from this that cantina employees and patrons alike are used to violence and are not inclined to interfere with quarrels they have no part in. It would therefore be unlikely that Han could expect aid from anyone but his Wookie companion Chewbacca, who at the moment of the confrontation was engaged in negotiations with Obi-Wan and Luke over use of the Millennium Falcon.

In our estimation here at the office, Han Solo was perfectly justified in shooting first under North Carolina’s Norris test for self-defense. First, Greedo made it apparent that he wanted to see Han dead in order to collect the bounty placed on the smuggler’s head by Jabba the Hutt – Han thus had an actual belief that there was a threat against his person. Second, since Greedo had a blaster pointed at his torso at all times during their conversation, Han’s belief that Greedo meant him harm was reasonable under the circumstances. Third, it was Greedo, not Han who began the interaction and Greedo’s hand was on his blaster far sooner than Han ever began reaching for his own weapon. Finally, given that Greedo had essentially backed Han into a corner at a sleazy dive bar in a dangerous city on Tatooine, a place where Han could expect no outside assistance from any authority or patron, Han had no choice but to take matters into his own hands and defend himself by killing Greedo first. Even though Han Solo will never likely see the inside of a courtroom on Tatooine for the death of Greedo, in North Carolina he is not guilty of murder by reason of self-defense.

We here at Kurtz & Blum, PLLC hope that you have a great rest of the week. May the Force be with you.