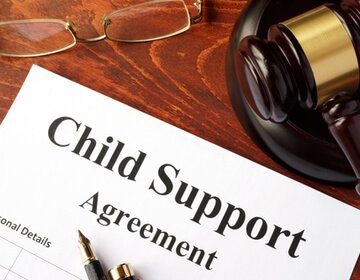 Child support is a pivotal and often contentious issue in many divorces. Both parents have a legal obligation to support their children, regardless of whether they were ever married.

When questions about finances and supporting children arise, the matter can quickly become emotional and volatile. That is why it is crucial to have an experienced family lawyer on your side to help make sure that your voice is heard and your interests are protected.

The calculation of child support is governed by the North Carolina Child Support Guidelines established by the Conference of Chief District Court Judges. The Child Support Guidelines use a somewhat complicated formula, but it is important to understand that the guidelines apply as a rebuttable presumption in all legal proceedings, meaning that a court is allowed to deviate from the guidelines when there is evidence presented relating to a party’s ability to pay or the needs of a child.

How to Determine Child Support in North Carolina

Child support obligations are determined by the incomes of both parents and the custody agreement involved. Different worksheets are used in different cases:

Many other expenses factor into child support determinations, including:

Not all parents have straightforward sources of income to evaluate. Some parents may be self-employed or have other complicating factors that require more analysis.

Some of the most common reasons for modification of child support in Raleigh include:

North Carolina state law provides that child support is reviewable when at least one child involved is under 18 years of age and a minimum of three years have passed since the most recent child support order or modification.

What Happens If Child Support Payments Are Not Being Made?

After a court has determined child support and established the order, the paying parent (or obligor) must pay the child support as ordered. Failure to pay child support can result in the obligor being held in contempt of court and facing numerous penalties.

In many cases, a judge could order garnishment of the paying parent’s wages. Other penalties could include:

Individual cases are also punishable by possible fines and imprisonment. North Carolina General Statute § 14-322(f) establishes that a supporting spouse who willfully abandons a dependent spouse without providing that spouse with adequate support commits a Class 2 misdemeanor for a first offense and a Class 1 misdemeanor for a second or subsequent offense.

Many costs relating to child care are also considered by courts, including daycare, babysitters, and other child care expenses. Additional factors can include health insurance costs and extraordinary expenses, such as the price of fuel when one parent must make a considerable commute to transport the child.

How Our Raleigh Child Support Attorneys Can Help You

Child support agreements can be challenging for some parents to work out on their own. All too often, one parent will feel they are being asked to pay too much while the other feels they are not receiving enough.

You should have a lawyer handle your case because they will be able to collect all of the evidence needed to help you pursue the best possible child support agreement.

It is beneficial to have an attorney present the most persuasive argument on your behalf in court for you instead of attempting to argue a case on your own. A lawyer is especially helpful in cases in which incomes are disputed. A lawyer can ensure that totals are accurate and reflect the true capabilities of a parent.

An attorney can also be helpful when a parent is not paying child support. A lawyer will know how to negotiate with the non-paying parent or take the case to court when necessary.

If you are in the midst of a child support dispute, do not think that you have to deal with all of the complicating factors by yourself. You need to make sure that you have an experienced lawyer working with you.

Kurtz & Blum, PLLC has been helping parents all over the greater Raleigh area since 1998. You can have our firm provide a complete evaluation of your case and answer all of your legal questions when you call us or contact us online to set up a consultation.