About Howard Kurtz - Of Counsel

Howard is a graduate of the University of North Carolina at Chapel Hill and received his legal training at UNC Law School and Gerry Spence’s Trial Lawyer’s College. He has two decades of courtroom experience and is licensed to practice in both North Carolina State and Federal Courts.

Howard has served as editor of a statewide legal publication and has also appeared as a guest commentator on True T.V. series (formerly Court TV) “Best Defense” and “In Session.” Howard is AV Preeminent rated by Martindale Hubbell, the premier attorney rating agency in the country. This is their highest rating. 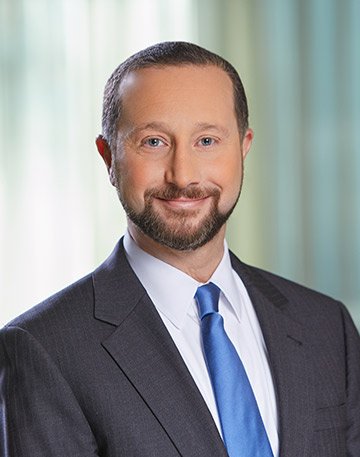 My dad was a lawyer and a mechanical engineer, and I am my father’s son. As a child, for as long back as I can remember, my dad and I would spar over politics and criminal justice issues on a daily basis. Without intending to do it (as far as I know, though I never thought to ask him), my father instilled in me a love for honest and rational debate.

Though I never did pursue an engineering degree, I share the affinity he had for taking things apart, figuring out what makes them work and putting them back together again. It didn’t occur to me when I went into the practice of law that this might prove to be a valuable trait but it absolutely does. Arguments, like well engineered machines, need to be constructed to be logical, accurate and as simple as possible. Throughout my career I have done my best to argue my clients’ positions honestly, directly and respectfully. Overall, I have found that when treated in this manner and presented with such arguments that impartial judges, ethical prosecutors and jurors unswayed by passion are extremely receptive. My father also built a business; together with my partner, Seth, I built a law firm.

My proudest moment as a criminal defense attorney arose out of a case in which I was lead counsel and my client was charged with capital murder. For four years, my client faced a possible sentence of death. It was a truly horrible crime of which my client was accused. It was, however, a crime that he did not commit. Immediately prior to trial, the prosecutor took the death penalty off the table and we went into a lengthy non-capital murder trial. Even though his life was no longer at stake my client was still facing every day of the rest of his life in prison. The evidence against him came in the form of two men, both of whom were charged for, and had confessed to, the murder with which my client was accused. My client steadfastly maintained his innocence from the day one, rejecting extremely generous plea offers in the process. Those two men received astoundingly good plea offers in exchange for their testimony against my client. The turning point in the trial came during my cross-examination of one of these men. On direct, this admitted murderer testified to a long detailed description of how my client had taken part in the crime. The problem that we faced was that this man had actually named my client in a confession that he had hand written in his jail cell the night after he was first interrogated. Since this was before any offer had been extended to him this posed a problem. In that confession he wrote out my client’s first and last names. He claimed that my client, identified by his Christian name, took part in every facet of the killing. During cross, I don’t remember to what question specifically, this same witness made a very telling statement. I asked him a question identifying my client by his real name. The witness looked back at me with a puzzled expression on his face and answered back, “Oh, you mean Mufee.” Mufee was my client’s street name. The witness had just made it crystal clear that he never knew my client’s actual name. He only knew my client by his street name. Thus when that snitch / witness penned that confession in his jail cell and wrote out my client’s real name he had simply written what he was told to write by the police. At that point in time he could not have identified my client by his real name if he wanted to. He simply didn’t know it.

It didn’t take the jury long to find my client not guilty of first-degree murder. One of the jurors even offered him a job. My only regret it is that my father wasn’t there to see it.

Standing alone in front of an army of prosecutors, law enforcement officers and angry citizens who may well all be convinced that my client is guilty is not an easy job. It isn’t a job for someone who is not single-mindedly driven to protect our fundamental liberties and rights as citizens as well as to police law enforcement and prosecutors. It is an important job. It is a job about which I am passionate. I could do nothing else.

Howard Kurtz reviews his case in front of a national audience on Dateline MSN.
Howard Kurtz argues a case for a client that was charged with capital murder.
Awards & Recognition: