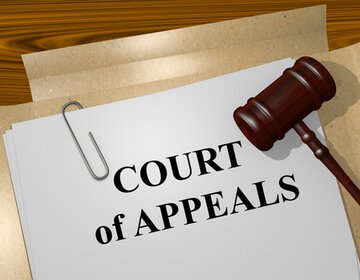 Unsatisfied With Your DWI Trial? It Takes Time and Money, But You Can Appeal Your DWI

If you are convicted of a DWI, you have the option of appealing the conviction to Superior Court. DWI trials initially take place in District Court in front a judge who hears the facts and decides whether or not they believe that the defendant is guilty beyond a reasonable doubt. If convicted and you wish to contest a judge’s verdict of guilty, you can appeal your case to Superior Court for a trial by jury. Further appeals from Superior Court go first to the NC Court of Appeals and then to the NC Supreme Court.

District Court trials are much less expensive than Superior Court trials because it requires substantially less preparation time for a DWI attorney to have a District Court trial in front of a judge as compared to a trial in front of a jury. However, if you are prepared for the added expense in terms of both time and money, both of which are necessary to take your case to trial in Superior Court, we are absolutely prepared to present your case to a jury.

If you have been found guilty of driving while impaired in District Court, you have ten days to file an appeal to Superior Court. Appeals are only available if you pled “not guilty” and went to trial in District Court. If you accepted a plea bargain, you more than likely waived any right to appeal of anything aside from a sentence that might not have been within the limits of the law. More often than not, your Superior Court trial will not occur for many months after your initial District Court trial. A Superior Court trial for an appeal of a DWI conviction is considered to be “de novo.” De novo is a Latin phrase meaning from the beginning. You can think of it as a do-over.  In our judicial system, that means that the original conviction cannot be brought up in front of the jury during the new trial. An appeal to Superior Court is completely removed from what happened in District Court.

You should exercise caution when deciding to appeal, however, because if convicted and sentenced in Superior Court, the sentence may be different and you will not have the option of reverting to the original District Court sentence.

Appealing beyond Superior Court is an extremely expensive affair.  Unlike Superior Court, the Court of Appeals and the Supreme Court will not review the facts from your DWI. Instead, these appellate courts decide whether the judge in your Superior Court trial made errors of law that were so significant that another result might have occurred if the judge had made the correct decision during the first trial. Your appellate lawyer will argue that mistakes in the legal system led to your wrongful conviction by the jury, and thus your case should be either dismissed or reheard for purposes of trial or sentencing.

Whether an appeal to Superior Court or the North Carolina Court of Appeals, the DWI Lawyers of Kurtz & Blum, PLLC stand ready to fight for you.

“Seven months later and this DWI is finally dismissed–you are amazing! Thank you so much and, for the record, you are my favorite lawyers.”