Defense of DWI Cases in NC 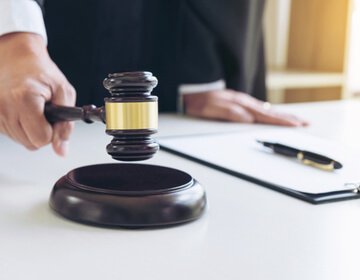 Getting charged with DWI can be frightening and costly. North Carolina has implemented harsh penalties for DWI convictions, which can include jail time, fines, and license revocation. Repeat offenders can be punished even more severely. A DWI conviction also creates a permanent criminal record and can follow you for years, affecting your insurance premiums, employment opportunities, and other aspects of your life.

If you were arrested and charged with a DWI in North Carolina, you shouldn’t just accept guilt. An experienced DWI defense attorney can fight for your rights, defend your freedoms, and seek the best possible resolution. Contact a Raleigh DWI defense lawyer at Kurtz & Blum, PLLC and tell us about your situation.

What Is Considered a DWI in North Carolina?

In North Carolina, you can be charged with driving while impaired (DWI) if you allegedly:

Are There Different Degrees of DWI Charges in North Carolina?

What Are the Consequences of Being Charged with a DWI?

The potential penalties of a DWI conviction depend on the level of the charge and break down as follows:

If the defendant is placed on probation for any of the above offenses, they will have to obtain a substance abuse assessment and complete alcohol education or treatment to restore their driver’s license.

A DWI conviction can continue to affect your everyday life after you’ve served your sentence. With a DWI on your criminal record, you could have a hard time landing a new job, applying for housing, or getting student aid. That’s why it is imperative that you hire a DWI defense lawyer to help you challenge the prosecution’s case and protect your future.

What Defense is Available in a DWI Case?

There are numerous potential strategies we could use to defend you against a DWI charge. As our DWI defense attorneys in Raleigh put your case together, we can explore defenses such as these:

What if This Is My First DWI Charge?

If you have been charged with a DWI for the first time, reach out for help. Our attorneys may be able to get your charges reduced or dismissed. If a conviction can’t be avoided, we will argue for a lenient sentence, such as probation. You can count on a DWI defense attorney in North Carolina at Kurtz & Blum, PLLC to protect your freedom and reputation.

What if I Was Underage When I Received My DWI Charge?

In Raleigh, NC, it is illegal for anyone under 21 to drive after consuming alcohol. If a test shows that an underage driver has a detectable amount of alcohol in their system, they can be charged with DWI. Charges trigger an automatic 30-day pretrial license revocation, while conviction carries a year-long revocation, in addition to the penalties you face for DWI.

How Can a DWI Defense Lawyer in Raleigh, North Carolina Help with My Case?

The Raleigh DWI defense attorneys of Kurtz & Blum, PLLC have extensive experience protecting the rights and freedoms of those charged with driving while impaired. Contact us today for an initial case evaluation and to learn more about your options. The faster we can get to work on your DWI defense, the sooner you can move on with your life.

“I didn’t have to worry about a thing. they took care of the whole situation and sent me an email after the matter was taken care of.”