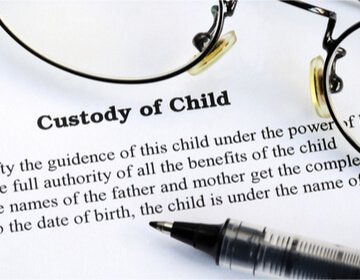 In North Carolina, a non-parent or third party can seek custody of a child when the legal parents do not want custody, are incapable of caring for the child, or are found to be unfit by the court.

A third-party custody arrangement could award custody to a grandparent, another relative, or a family friend. However, such arrangements can be challenging to secure because the court will typically assume that the child will have the strongest attachments to the biological parents.

While these arrangements are rarely granted, it is still possible that a non-parent could be awarded custody. Non-parent custody is usually granted in emergencies, such as when both parents are incarcerated, incapacitated, or deceased. The court could also award custody if the child would be better served by a third-party’s guidance, stability, and safety.

Can Non-Parents Get Custody in North Carolina?

A person can petition a court for child custody only when they have standing, which is a legal term for a right or interest that is recognized by the court. A court will consider a non-parent as having standing when they have a parent-like relationship with a child or they have a biological or adoptive relationship, and there are allegations of either abuse, neglect, or unfitness against the biological parent.

Can Non-Biological Parents Be Awarded Custody?

North Carolina General Statute § 50-13.2A establishes that a biological grandparent can institute an action or proceeding for visitation rights with a child adopted by a stepparent or a relative of the child when there is a substantial relationship between the grandparent and the child. Grandparents are entitled to custody or visitation rights under North Carolina General Statute §50-13.5(j) as well.

Does a Parent Have Rights If They Are Not on the Birth Certificate?

Unmarried women are usually granted primary custody rights upon the birth of a child when no father is named on a birth certificate. While the mother’s legal rights will trump the father’s in such cases, the father can gain equal standing by getting his name added to the birth certificate.

How Will a Judge Decide Who Gets Custody?

In most cases, custody will be decided by a voluntary agreement between the parents. North Carolina General Statute § 50-13.2(a) provides that an order for custody of a minor child “shall award the custody of such child to such person … as will, in the opinion of the judge, best promote the interest and welfare of the child.”

What Makes a Parent Unfit?

North Carolina does not have specific criteria that automatically deem a parent unfit. Such conclusions can be drawn only on a case by case basis depending on the specific facts of a case. One of the most common reasons that a parent is deemed unfit concerns acts of domestic violence.

Under North Carolina General Statute § 50B-3(a1), a court can consider and award temporary custody of minor children and establish temporary visitation rights based on the best interest of the minor child after finding domestic violence has occurred. A court must consider whether any of the following have occurred:

Domestic violence is not the only kind of criminal charge that can lead to a biological parent being unfit. Similarly, arrests for drug possession or other violent crimes could also lead to a finding that a parent is unfit.

If you are a non-parent third party seeking custody rights of a minor child in North Carolina, it will be critical for you to have a lawyer represent your interests and prove that you are the best person to have custody of the child.

Kurtz & Blum, PLLC represents clients with serious family matters in the Raleigh area. We know how important securing custody means to you – and how challenging it can be to win custody if you are not the child’s biological parent.

Don’t let these challenges deter you from doing what you believe is right. Let us represent you and work to get the best possible resolution for you and the child. Call us or fill out a contact form online to schedule a consultation with our compassionate family lawyers today.

“Warm and fuzzy. It was very clean and easy.”