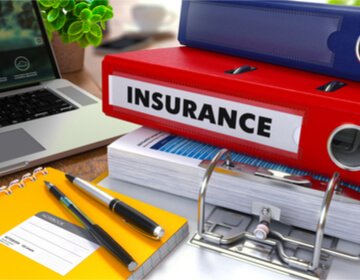 Did you know that in court, it is against the rules to even mention the fact that the defense attorney and the damages will be paid by an insurance company? If that is mentioned, the judge must declare a mistrial. Most insurance companies want everyone to think that the money is coming out of the pocket of the person who caused the accident. They want the jury to feel sorry for that person. They don’t want the jury to think about the years of monthly premiums that have been paid to the insurance company to take care of this very situation. Some insurance companies will deny claims or offer ridiculously low settlements even when it is clear that their insured person was at fault. They can do this because, particularly in smaller cases, they know how expensive it is to go to court and the injured person may not be able to find an attorney willing to help them.

Here’s another secret – do you know who the real ambulance chasers are? Not attorneys. North Carolina forbids attorneys from directly calling or going to the homes or hospital rooms of people who have been injured in accidents unless the injured person calls the attorney for help or already has a relationship with the attorney. Do you know who does call injured people almost immediately after an accident? Insurance agents from many of the main insurance companies call injured people immediately after accidents. Some insurance companies will have private investigators go to the homes or workplaces of injured people only a day or two after they’re injured. Many have waivers and forms they will pressure an injured person to sign and some will insist on recorded statements before the injured person has a chance to find out his or her legal rights.

You do not have to talk to the insurance adjusters. You shouldn’t. You have rights. Contact the lawyers at Kurtz & Blum, PLLC and talk to an attorney before you do anything else. We’re in your corner.

Of course, we also take on cases from the cities and towns in our own backyard of Wake County, North Carolina including: Wendell, Holly Springs, Raleigh, Zebulon, Apex, New Hope, Knightdale, Morrisville, Wake Forest, Garner, Rolesville, Cary and Fuquay-Varina. Call us today to schedule an initial consultation with a Raleigh personal injury attorney.

“Very Professional. However, I would like to offer one suggestion. It would help if you would call both before and after the court date just to check in. I ended up having to call your firm to find out the final outcome. Thanks.”