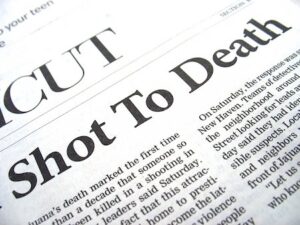 Chicago and other major cities remain in the news as they continue to struggle with high murder rates. In fact, the city of Chicago has witnessed a 50 percent increase in its murder rate during a one-year period, and this area is not alone. Thankfully, cities across America are seeing violent and property crime rates remain at historic lows. The new presidential administration has noted the increase in murder rates and vows to do something about it, but needs to also consider when formulating policy initiatives that other crimes are on the decline.

The 30 largest cities in America are seeing an increase in their homicide rates, and this includes places like San Antonio and Memphis, not typically known for this type of violence. 762 murders were reported in Chicago in 2016, a significant increase from the 478 recorded in 2015. San Antonio law enforcement handled 94 murder cases in 2015 and 140 in 2016 while San Diego’s homicide rate more than doubled, from 37 to 67. Memphis dealt with 55 more murders in 2016 than in 2015.

Overall, America’s homicide rate increased by 14 percent in 2016, but individuals need to take into account that many of these murders occurred in Chicago. Violent crime, in contrast, only rose by 3.3 percent, much less than the New York University School of Law Brennan Center for Justice originally predicted. Additionally, property crimes only increased by 0.3 percent.

Not all cities, however, are experiencing a spike in murder rates. The District of Columbia and Baltimore both saw a decrease in homicides, with Baltimore’s murder rate decreasing by six percent and D.C.’s by almost 17 percent. Seattle experienced a more than 27 percent decrease in its homicide rate, as well.

Another thing one must consider when interpreting this data, is that percentage changes can be deceiving. For example, if a city had one murder in 2015 and two in 2016, this is a 100 percent increase in the murder rate.

Furthermore, most of the county’s increase in murder rates is the result of Chicago’s significant increase. Some experts believe the rise in homicides is due to fewer police officers and/or fewer programs designed to prevent violence. Poverty does appear to play a role in this problem, and the same is true of a rise in gang violence in these cities.

The current administration will need to take into account the fact that the overall crime rate is decreasing, even as murder rates climb in some places, when they are making decisions as to what laws or initiatives to enact.

Anyone who is accused of murder (or any type of lethal violence) needs legal representation immediately from a competent Raleigh criminal defense attorney. We are a full-service criminal defense firm and can assist persons charged with crimes from the lowest misdemeanor to the highest level felonies.

If you or someone you know has been charged with a felony offense, the good news is that there are a number of defenses that may be employed in every situation, and the criminal defense lawyers with Kurtz & Blum, PLLC will work hard to determine which is the best for the defendant’s situation. Each case is unique, as is each client. We never forget this and treat every client as a person, not simply a case.