Home Blog A Night Out, a Few Drinks and a DWI, Don’t Think It Can’t Happen To You.

A Night Out, a Few Drinks and a DWI, Raleigh DWI Lawyer Says, Don’t Think It Can’t Happen To You. 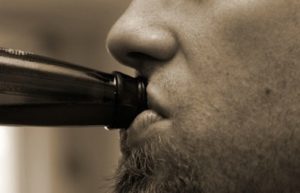 Most stadiums and amphitheaters in North Carolina permit the sale of beer and alcohol at concession stands concerts. A simple night out with your kid to see your favorite country western singer could prove to be memorable in more ways than one.

Knock back a few cold ones, hop behind the wheel and you might just find yourself on the wrong side of the law. It doesn’t matter if you are rich, poor or middle class, DWI cuts across all socio-economic classes.

WRAL.com reports about a recent DWI incident in Raleigh that involves a high-profile individual:

Andrew Young, the former aide to then-presidential candidate John Edwards and the author of a tell-all book about the 2008 campaign, was arrested in Raleigh over the weekend, charged with driving while impaired and misdemeanor child abuse.

Officers stopped Young on Rock Quarry Road at about 11:45 p.m. Sunday. According to court records, Young told police he was coming home from a concert at Walnut Creek Amphitheater, where he had consumed four beers.

Officers were alerted to Young’s condition, according to the record of his arrest, after he was “involved in a road rage incident where he punched a vehicle.”

So, there’s probably a lesson here about the potentially negative consequences of trying to beat up a motor vehicle.  I’ve seen the movie Transformers a few times and it’s not likely that I am going to tangle with Optimus Prime any time soon.

But on a more serious note, North Carolina has it out for those who drink and drive. After all, the state’s DWI laws are among the strictest in the country. Don’t believe me? Let’s look at the statistics…

According to StatisticBrain.com, in 2013, nearly 50,000 people where arrested for DWI in North Carolina. For a state with a population of about 9.5 million that works out to about .5%.

Let’s compare that to our friends to the north. Virginia had about 28,000 arrests for a population of about 8 million. That’s more like .35%.  And in South Carolina the rate is even less.

Does that mean that people from North Carolina are bigger drinkers than elsewhere around the country? Not likely.  Perhaps it means that law enforcement is more focused on cracking down potentially impaired drivers or that we just have more law enforcement on the roads.

The point is that anyone who has a few beers at a concert might find themselves in the back of a squad car before the night is over. In the case of Andrew Young, this is not his first offense. He’s been arrested twice before and was convicted of DWI back in 2006.

Fortunately for him, it is not likely that he will face mandatory jail time since it has been more than seven years since the previous conviction. Yet, he is also facing a charge of child abuse since his 13-year old son was with him at the time of the arrest.

Andrew Young might be well-known locally for his tell-all book, The Politician, and experience serving as an top aide to John Edwards, but in many ways he is just a regular middle class professional who went out one night and is might have had “one too many” and would be advised to seek counsel of a seasoned Raleigh DWI lawyer who to help defend his rights.

DWI arrests can have serious consequences, especially when a minor is in the vehicle at the time of the arrest. An experienced DWI lawyer in Raleigh like those of us at Kurtz & Blum, PLLC can help people for all lifestyles navigate the court system.  If you have questions about DWI, talk to us. We can be reached at 919-832-7700.