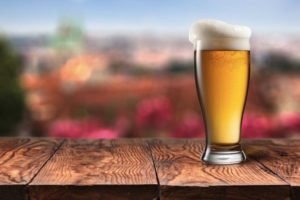 Police officers have been accused of having either formal or informal quotas regarding the number of DWI arrests they make. This notion has been widely rejected nationwide, North Carolina included. However, North Carolina does not have an anti-quota statute, and certain evidence suggest that such while DWI quotas may not actually exist in the state, there is still plenty of motivation to for police and defense attorneys to make arrests.

In a recent letter sent by Aileen Pearlman to the Letters to the Editor section of the Mountain Xpress in Asheville, Pearlman shares her experience about being arrested (and convicted) for DWI despite any evidence.

With the increasing number of DWI arrests, the court system is inundated with cases. In Wake County the chief justice’s solution to this problem is to increase funding for the system, which aims to increase salaries and operating costs by $30 million. In line with this, the district attorney’s office also increased the number of dedicated DWI courts, along with hearing appeal dates.

The Dangers of a DWI Arrest Quota System

With so much federal grant money at stake, it’s not difficult to imagine some Raleigh police officers acting in an unprofessional and biased manner simply to meet fulfill arrest quotas. Officers may choose to arrest someone that they otherwise would have been inclined to let go, since the person’s blood alcohol content (BAC) is below the legal limit. Such was the case with Pearlman’s arrest, in which she was arrested for DWI and asked to blow into a Breathalyzer repeatedly in hopes that she’d produce a false positive over the legal limit so the officer could justify the arrest.

An officer with significant motivation to meet an arrest quota may have the tendency to exaggerate the facts of the case. This would include the driver’s conduct, physical appearance, and performance during field sobriety tests.

Simply being arrested on suspicion of DWI will set a series of unfortunate events for the driver. Without the proper defense, consequences may include fines and driver’s license suspension, but will certainly cause plenty of emotional distress.

The Need for a DWI Lawyer

All citizens need to be familiar with DWI laws so they’ll know what to expect in the event of a DWI arrest. The need for a reliable and reputable DWI lawyer is more important than ever before.