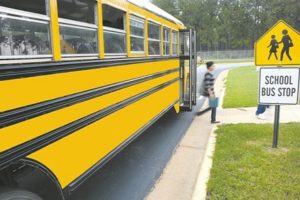 Parents with full-time jobs typically entrust their child’s safety to the bus driver since they are unable to take the little ones to school. It is then the bus driver’s duty to see to it that the kids arrive in school and get home from school safely at all times.

While this is the ideal scenario, things took a wrong turn for a school bus in Gaston County, just outside of Charlotte, North Carolina, last January 14, 2015. The school bus crashed as it approached a sharp curve. A total of 50 children were said to be in the bus at the time.

Fortunately, the accident didn’t result in any serious injuries, but 15 kids had to be taken to local hospitals for immediate medical treatment. In incidents such as this, the parents of those kids who had to seek medical attention can hire a reputable Raleigh personal injury lawyer to discuss their legal options. One critical aspect to look into before parents decide to move forward with a civil lawsuit and recover damages for medical expenses is to determine who is at fault.

If there were no other vehicles involved, it’s possible that the school bus driver’s negligence caused the accident. A personal injury lawyer can ascertain this by gathering reports from the police and traffic authorities.

After this, the lawyer’s next task is to talk to the passengers themselves. The children could add valuable details in case the driver was driving faster than normal or texting while driving. The passengers’ statements can help build a strong case against the driver.

The employer—in this case, the school district —may also be held liable in the accident. To determine their liability, lawyers can look into their hiring and screening process. If the school failed to conduct a proper recruitment process when they hired the driver, they might also be partially liable for the accident and could be included in a civil lawsuit.

Any school bus accident is a frightening event and could be devastating for any parent, but it pays to remain calm and level-headed before jumping to conclusions. When it comes to vehicle accidents, consulting a car accident lawyer in Raleigh, NC from established law firms like Kurtz & Blum, PLLC would be a smart thing for any parent to do.