Home Blog Is Raising the Age of Kids in Court on the Horizon for NC?

Raising the Age of Kids in Court is on the Horizon for NC? 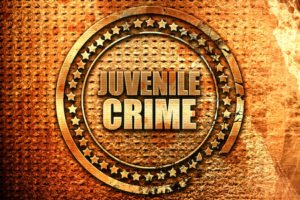 Every year, thousands of North Carolina’s teenagers enter into the adult criminal court system. As a Raleigh criminal lawyer, I can tell you that I see it every single day.

In North Carolina, kids who are 16 and 17 years old charged with criminal offenses are treated as adults, they go to court with adults, and they receive the same punishments and have the same criminal records as adults. North Carolina and New York are the only two states in the U.S. that charge 16 year old kids as adults.

Five other states–Georgia, Michigan, Missouri, Texas and Wisconsin—have set the age for criminal responsibility at the age of 17. The rest of the nation sets the age at 18 years old.

Every now and again, the legislature tosses around the idea of raising the age to 18, and each time, it fails to gain enough momentum to effect a positive change in North Carolina.

Detractors say that raising the age will cost North Carolina a lot of money, that our juvenile system cannot handle the sheer volume or influx of kids that would be subject to juvenile court jurisdiction, and that it would be irresponsible to keep children in juvenile court if they have committed high-level felony crimes such as murder and sex offenses.

There are counterpoints to each of these issues raised by opponents of the bill.

The current bill carves out exceptions to children under 18 being kept in the juvenile system. Specifically, children who are charged with certain high-level felony offenses would still be charged as adults, and subjected to punishment as an adult for things like murder, rape and other sexual offenses, and several other exceptions.

North Carolina should raise the age of adult criminal responsibility, for several reasons:

Kids’ brains are not finished developing until after they reach 21 years old. We are criminalizing childish behaviors like consuming alcohol while less than 21, trespassing in a park, simple affray, or simple assault when the person committing the crime doesn’t have the full insight into their own behavior.

Think back to when you were young, and contemplate the risky behaviors you engaged in, but maybe you didn’t get caught (or maybe you did). It is commonly accepted that “kids will be kids”—teenagers are emotionally volatile, prone to taking unnecessary risks, susceptible to peer pressure, and teenagers will do things without thinking through the full consequences of their actions.No one is arguing that teens cannot make good choices; simply that when faced with stressful or exciting situations, teens are more likely than adults to make the wrong choice.  Scientific evidence backs up the fact that the adolescent brain isn’t fully developed in the frontal lobe until around age 25. The frontal lobe is the part of the brain that deals with impulse control, long-term thinking and planning.

Essentially, we are holding children to the same standards as adults, but playing field isn’t equal.

North Carolina’s youth are comparatively disadvantaged, when our students end up with criminal records at the age of 16, but everybody else has the age set at 18. Our students may have difficulty getting into college, getting a job, or applying for public benefits they need, because of something they did when they were young.

This affects North Carolina’s economy as a whole, because a large portion of our potential workforce faces negative collateral consequences because of a criminal offense like fighting at school or trying pot for the first time. The stigma attached to a criminal conviction of any kind, is one that is difficult to live with, and can negatively impact the person their whole life.

Efforts to help teenagers understand the nature and consequences of their actions, programs like Teen Court and other First Offender-type programs that deal with drug and alcohol use, etc., have great success rates preventing teenagers from reoffending.

Additionally, juvenile court counselors work with families as a whole to find the source of the criminal behavior, and try to help the teens and their families by providing resources to keep the teenager on the straight and narrow.

By contrast, when we send kids to adult prison, they are not seeing the error of their ways: they are victimized by other inmates who are bigger, older, and stronger than they are. Or, while in prison, teens become better and smarter at being criminals. Prison is not the answer for most children, if we truly care about making society safer for us all.

Raising the age can save the state a lot of money in the long run, although there will be a large cost initially to retrofit the juvenile court systems, so they can be prepared to handle the influx of teenagers. These cost savings will be observed because we won’t be incarcerating 16 and 17 year olds in adult jails/prisons, and we can divert money to the juvenile system that is currently allocated to the adult criminal system to handle cases of 16- and 17-year olds in the juvenile setting.

The role our public schools play in the criminal justice system is very troubling, as many schools have become a “pipeline” to prison. Years ago, if a student got in trouble at school, the principal would take disciplinary action in school, and then call the student’s parents, who would then punish the student at home.

Many schools now have school resource officers (SROs) who are present in the halls every day, and while their purpose is to protect the students, they also wind up charging students criminally for things like fights in school that would have previously been handled in-house.

Raising the age of criminal responsibility in North Carolina to the age of 18 not only levels the playing field for North Carolina’s students, as a Raleigh criminal defense attorney, I feel that it’s the right thing to do. Children do not belong in the adult criminal system, and the consequences that accompany childish behaviors should not be lifelong. Legislators should take a stand for our youth, and help push North Carolina toward a better outlook for tomorrow.

If your child has been charged with a criminal offense, please call Kurtz & Blum, PLLC at 919-832-7700 as soon as possible to receive an experienced and honest assessment of their situation and some extremely valuable advice.