Another Level of Aggravation: What You Should Know About the Most Serious DWI Sentence in North Carolina 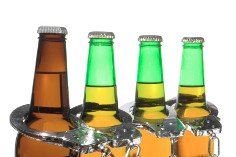 “Laura’s Law” was a statute passed by the N.C. General Assembly in 2011 that changed the way DWIs are sentenced in the state. The law was named for 17 year-old Laura Fortenberry, a Gaston County teenager who was killed in the summer of 2010 after the car she was a passenger in was struck by an impaired driver who had multiple previous convictions for Driving While Impaired. Although this law has been around for over three years at this point, many individuals are unfamiliar with its provisions.

In North Carolina, DWIs are sentenced at different levels based on a combination of grossly aggravating factors, aggravating factors, and mitigating factors. Prior to Laura’s Law going into effect, there were five different sentencing levels, with the highest being a Level 1. A Level 1 sentence carries a minimum of 30 days of confinement, with a maximum term of 24 months.

An Aggravated Level 1 (A1) DWI sentence is imposed if 3 or more grossly aggravating factors are present. Someone convicted of a Level A1 DWI faces a maximum term of a 3 year active sentence with a minimum term of confinement of a year, longer than some active sentences for certain felonies. This sentencing level can only be imposed on DWI offenses that occurred on or after December 1, 2011.

Aggravated Level 1 DWIs are still relatively rare – less than 1% of the DWI cases handled by our office are in danger of being sentenced at that level. However, since the potential consequences of such a conviction are so severe, it behooves us to be familiar with the ins and outs of this particular type of sentence.

The most common grossly aggravating factors are:

The A1 DWI was specifically designed to target those individuals who are caught driving while impaired on a repeated basis.

Reducing the Severity of a Higher-Level DWI Conviction

Rehab is Not an Option for A1 DWI

A Level A1 sentence differs from a Level 1 or Level 2 sentence in once very important way: a person convicted of an A1 DWI cannot expect to reduce or eliminate the amount of active time they are sentenced to by checking themselves in to an inpatient treatment facility.

The ability to go to rehab is perhaps the simplest way to avoid or diminish time spent in jail for a higher level DWI conviction. This is because judges in North Carolina have the discretion to give a defendant credit, day for day, for any pretrial time spent in an inpatient treatment center that focuses on chemical dependence. This “credit for time served”-like approach is explicitly stated in the language governing sentencing of Levels 1 through 5 DWIs and is conspicuously absent in the language governing sentencing of Aggravated Level 1s.

Individuals facing a Level A1 DWI conviction do have one option available to them to cut down the amount of active time they may be facing: the use of a Secure Continuous Remote Alcohol Monitoring (SCRAM) bracelet.

SCRAM bracelets are devices worn around the ankle and are somewhat similar in design to a portable breath test. At designated intervals (generally once or twice an hour), the SCRAM bracelet collects a sample from the air around a wearer’s person. The chemicals that we use and consume every day almost always excrete by-products in our sweat. A SCRAM device can detect alcohol and its derivatives as they are secreted through an individual’s sweat glands.

The pros of using a SCRAM bracelet is that, for people who are uninsured, it may actually be cheaper to use than getting set up with in-patient treatment, and it still allows users to take part in their day-to-day life with little disruption. The cons are that it IS a costly device to make use of (averaging $75 for installation and between $10-$12 a day in monitoring fees) and that users have to be careful not only to avoid alcoholic beverages, but medical or hygiene products with alcohol in them, such as mouthwash or certain cold medications. However, it should be noted, that a judge does not have to give credit for SCRAM treatment, only that they are allowed to do so under certain circumstances.

As with most significant legal issues, all of the variables cannot be fully analyzed or expressed in a single blog post. If you or someone you know may be facing an Aggravated Level 1 DWI sentence, it is imperative that you seek out experienced legal counsel from a DWI lawyer to discuss the matter more fully. When facing at least a year behind bars, it is in your best interests to have someone in your corner.