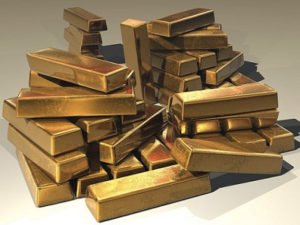 Heist movies like The Italian Job, Three Kings or Oceans Eleven (and Twelve through Thirty) seem to portray thieves in a most romantic light.

And with all of the resources of a massive Hollywood production, who doesn’t enjoy watching a group of robbers doing what they do best? Well, the law enforcers who go after them, of course.

On March 2, a real-life heist happened along I-95. Two armed security guards working for Transvalue Inc. in Miami were transporting a shipment of silver and gold to Massachusetts. While on the Interstate, their vehicle started encountering mechanical problems, which prompted them to pull over at mile marker 114.

While stopped, their vehicle was approached by three heavily armed men in a white van. The men ordered the guards to lie on the ground, tied their hands, marched them to the nearby woods, and left them there. Investigators say that the men then proceeded to take three barrels of gold worth $4 million.

In North Carolina, most theft crimes are referred to as ‘larceny.’ State law makes no distinction between ‘petty larceny’ and ‘grand larceny,’ though crimes are charged at various degrees of severity depending on the value of the stolen property and the manner in which it was taken.

For instance, if the property is valued at $1,000 or less, the accused faces a Class 1 misdemeanor, which carries a prison sentence of one to 45 days. If the property is valued at over $1,000, however, the offense will be deemed a Class H felony, which comes with a potential prison sentence of four to eight months. Larceny always constitutes a felony under North Carolina law.

If you have been arrested and charged with larceny, you need a knowledgeable Raleigh lawyer who will care about your case. Choosing an attorney to represent you and mount a vigorous defense is one of the most important decisions you can make at this difficult time.

An experienced criminal defense lawyer in Raleigh, NC with Kurtz & Blum, PLLC will take the time to focus on the unique circumstances and specific needs of each client. Count on such a lawyer to delve deep into the circumstances surrounding your case, negotiate with the district attorney, and offer educated advice as to whether a trial or a plea would be in your best interests.