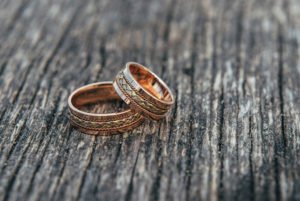 Discussion of annulment often arises when thinking about or considering divorce, especially in a marriage that is relatively short lived. In the movies we see couples getting annulments after a quick trip to Vegas or because after a few days they realized they have made a mistake, but that is not generally how it plays out in reality.

Because an annulment does end marriage, many people incorrectly think of it as a quick alternative to divorce, especially when they find out in North Carolina you must be separated for one year prior to being divorced.

Now that you know the difference between the two, you may be asking yourself, am I eligible for an annulment? What is required to get an annulment?  One big misconception about annulments is that someone may be able to annul their marriage simply because they have been married for a few months. This is not the case and, in fact, the length of the marriage is irrelevant when it comes to an action for annulment.

In North Carolina, the law allows for an annulment only when specific circumstances exist and in very few cases. Some of the more rare circumstances that qualify as grounds for annulment include marriages that are entered into by family members who are closer in relationship than first cousins and marriages involving someone under the age of sixteen.

More commonly, though, people can seek annulments after realizing their marriage was entered into under some sort of misconception or fraud. Most often, this comes up in cases where one spouse agrees to marry because of the representation and belief that their female partner was pregnant with their child, when in fact she was not, so long as the parties separated within 45 days after the marriage and the parties continue to live separate and apart for one full year prior to filing for the annulment of the marriage.

Annulment on such grounds, however, will not be ordered if a baby is in fact born to the couple within ten months of the date of separation. In this case you could qualify for an absolute divorce, so long as you meet the one-year separation requirement.

Other substantial misrepresentations and lies of similar nature may also constitute grounds for an annulment, as well as marriages that are entered into as a result of threats or duress imposed on a spouse. In both cases, a court will consider the facts and circumstances on a case-by-case basis. A court can also find ground for an annulment where one spouse entered into a marriage without knowing that the other spouse is medically diagnosed as impotent, or infertile.

This could (and often does) fall under the “fraud” section.

However, the party asking for the annulment must prove the other spouse’s medical diagnosis existed at the time the marriage was actually entered into. Similarly, an annulment can be ordered where either spouse has been physically incapable to consummate the marriage through sexual intercourse.

Another potential circumstance that is cause for annulment is where one or more parties to a marriage lacked the mental capacity to understand the contract of marriage that they were entering into. As with impotency, it must be shown that the spouse(s) in question lacked the requisite mental capacity at the actual time the marriage was entered into.

This means that evidence of mental deterioration caused by age or injury after getting married is not, by itself, enough to support an order of annulment.

But what if my spouse was already married?

Unlike the grounds for annulment discussed above, a marriage is automatically void in North Carolina where a spouse has committed bigamy. In other words, if your “spouse” was previously married and never divorced, then there is no need for an annulment—the second marriage was never valid in the first place.

As with most issues, there are likely to be specific facts and circumstances that can affect the success of your annulment claim.

If you are considering filing for an annulment and have questions about your eligibility, we recommend that you consult with an experienced divorce lawyer at Kurtz & Blum, PLLC to discuss your specific situation. Simply give us a call today at 919-832-7700.