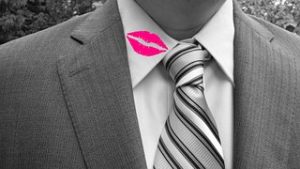 Last month hackers claimed to have stolen data from the pro marital infidelity website, AshleyMadison.com. The website actively encourages married folks to cheat on their spouses, touting the slogan, “Life is short, have an affair.” Given the fact that Ashley Madison has over 33 million users world-wide, it is safe to assume that there are a great many extremely nervous people out there. They now have reason to be.

Yesterday, hackers from “The Impact Group” released a massive quantity of data from that hack, just shy of 10 Gb worth. As a result, personal account information including names and email addresses were disclosed. Some credit card information has also allegedly been releases. However, perhaps most troubling to site subscribers is that sexual fantasies may be included with the released data.

The data was originally released on the Dark Web, a non-indexed portion of the internet that is accessible through the TOR proxy anonymization service. However, since it was initially dumped, people have claimed to set up searchable databases on easily accessible sites on the regular web.

It is important for people to know that simply because an individual appears to have a profile on AshleyMadison.com does not mean that they have had an affair. In fact, it isn’t even a guarantee that the profile really belongs to the person to whom it appears to belong. There is no account verification for accounts that do not have credit cards attached so they could easily be set up by people in other people’s names. This could be done as an attempt to gain leverage or to simply embarrass or harass. Moreover, simply because someone is a member of the website does not mean that they had an affair. Though as has been pointed out in other articles, it is unclear whether this makes the conduct any less troubling. Lastly, it is possible that people are engaging their fantasy life without any intention of consummating an extramarital relationship.

If you find your spouse’s name in the AshleyMadison data, you should at least entertain the possibility that they were not actively cheating on you. If you are past the point of discussion and you feel that your relationship is past the point of no return and if you want a divorce, you should call us. Our divorce lawyers can help.