Home Blog Is Caffeine on its Way to America’s Controlled Substances List? 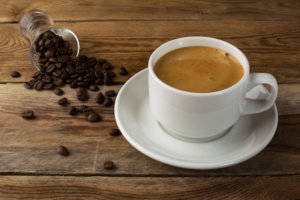 Having been an attorney for many years, I never cease to be amazed at what law enforcement officers might come up with next.

According to current figures, an estimated 1.5 million Driving While Impaired (DWI) arrests take place each year in the United States. While alcohol accounts for the vast majority of those cases, an entire laundry list of controlled substances are covered by DUI and DWI laws. These range from illegal drugs like cocaine and methamphetamines to prescription pain relievers and muscle relaxers.

Quite a few of our nation’s drivers have learned the hard way that even over-the-counter antihistamines and anti-nausea medications can potentially land you in court. Recently, though, a California man found himself in a state of utter disbelief in the midst of what should have been a routine drive home from work. Last November, Joseph Schwab was arrested on suspicion of DWI and charged after his blood tested positive for caffeine.

Has America’s Caffeine Addiction Really Come to This?

Millions of Americans have developed a dependence on caffeine often indulging in a cup or two of coffee before leaving their homes in the mornings. Still more are placing themselves behind the wheel after getting a mid-day fix at local convenience stores in the forms of energy drinks, shots and pills. New dealers seem to be continually popping up to fuel the nation’s growing need and cash in on the caffeine addiction.

In truth, caffeine has long been classified as a drug due to its ability to affect the central nervous system. As opposed to some controlled substances, it actually helps drive away the cobwebs of drowsiness and keep us more alert whether we’re battling the daily commute or chained to our desks toiling away in front of a computer screen. Is it a dangerous stimulant needing to be taken off the streets in order to keep us safe? Ask most Americans and by and large, the answer would be no.

How Concerned Should Drivers be Regarding this Type of DWI Charge?

Caffeine isn’t on its way to being classified as a controlled substance. No hot-button legislature against its consumption is currently being pushed through congress. Schwab’s case seems to be an isolated one, and the charges have since been dropped, but it’s certainly a prime example of just how steeply our nation’s legal system can be slanted against the general public.

So just exactly where does it end? If a citizen can be charged with DWI after having consumed  nothing more than caffeine, what’s to stop law enforcement from arresting someone for driving under the influence of the radio? Technically speaking, even the after-effects of drinking water can hamper drivers’ skills and concentration at some point.

What Drivers Need to Know about DWI

If you’re pulled over for reckless driving, chances are that law enforcement officials are going to approach you under the assumption you’re operating your vehicle while impaired in some way. Should they continue to believe you’re under the influence, they’ll most likely suggest a field sobriety test.

Unfortunately, even under the best circumstances, many individuals might have some difficulty passing the walk-and-turn, stand-on-one-leg or backwards-alphabet-recital tests completely sober. Even if you blow a solid 0.00 percent on a breathalyzer, officers can still choose to arrest you, have you taken to the county lockup and force you to undergo further testing as was the case in Schwab’s experience.

You have the legal right to decline a field sobriety test or portable breath test. You’re also at liberty to refuse to answer questions regarding your current state of impairment; in fact, if you’ve consumed any type of controlled substance, exercising your right to remain silent is probably best. However, if you refuse to perform a breath test down at the station, your license will be revoked for one year, and officers could still obtain a warrant to draw your blood to be tested. That said, drivers shouldn’t need to be afraid of admitting to indulging in three cups of coffee and a Big Gulp.

America’s justice system consists of seemingly endless regulations designed to maintain order and safety, but in some cases, those laws are abused. DUI and DWI charges are being handed out at an unprecedented and alarming rate. At Kurtz & Blum, PLLC, we’ve seen the results of overzealous attempts to enforce those laws, and our experienced DWI lawyers are here to fight for your rights in court.