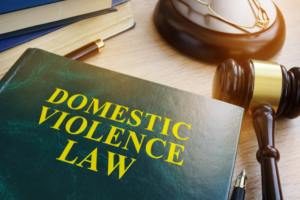 If you have been charged with a domestic violence-related offense in North Carolina, you may wonder whether an accuser can ever “take back” his or her allegations once a charge has been brought. To fully understand why this is not likely, it is important to understand the nature of domestic violence charges in our state.

In North Carolina, domestic violence can be broadly defined as an act of violence or threat of violence against any of the following:

As a general rule, crimes are charged against a suspect based on the applicable criminal statute. If it becomes clear to a judge that a domestic relationship was involved, then the judge may order additional penalties or protections.

How a Domestic Violence Charge Could Be Dismissed

It’s important to understand that a domestic violence accuser does not “bring charges.”  Rather, the State of North Carolina brings charges based on the evidence. North Carolina – like all states – views a crime as an act against the people of the state, even if there is a specific person impacted by the crime. For this reason, the designated prosecutor for the applicable county has the sole responsibility for deciding what crimes to prosecute, whether to offer or accept a plea agreement, and whether to dismiss charges against a defendant.

In Wake County, as in many counties throughout the state, prosecutors will not dismiss a domestic violence charge, regardless of whether the accuser has a change of heart. However, an experienced criminal defense lawyer can work hard on preparing a defense and seek to convince a court that the charge should be dismissed. For instance, if the police unlawfully obtained or mishandled evidence, it could potentially lead to the evidence being suppressed, or the State may simply lack sufficient evidence to send the case to a jury.

When an Alleged Victim Wants to Change His or Her Statement

A false accusation of domestic violence is a serious matter. It can constitute perjury if done under oath. Refusing to testify or changing one’s story can also make it harder for prosecutors to get a conviction. It may also destroy the alleged victim’s credibility. In this sense, a victim who recants or changes a statement will certainly give the defense a strong argument at a criminal trial. If the alleged victim’s statement is the only evidence, then changing a story could potentially result in a dismissal. However, the State may have other evidence as well such as medical records and other witnesses to rely on.

Facing a Domestic Violence Charge? Get Started on Your Defense

For skilled legal help with defending against a charge of domestic violence in North Carolina, contact Kurtz & Blum, PLLC, today to schedule a confidential meeting with an experienced criminal defense attorney.