Home Blog The Case Against Capital Punishment in NC

Against Capital Punishment: A Raleigh Lawyer to Uphold Your Rights

Discussions about death penalty often provoke highly emotional responses from proponents and opponents alike. Although the drop in death penalty trials in the Tar Heel State is good news if you ask us, the reality is that North Carolina is a state where the death penalty is enforced, and is still sought by prosecutors. 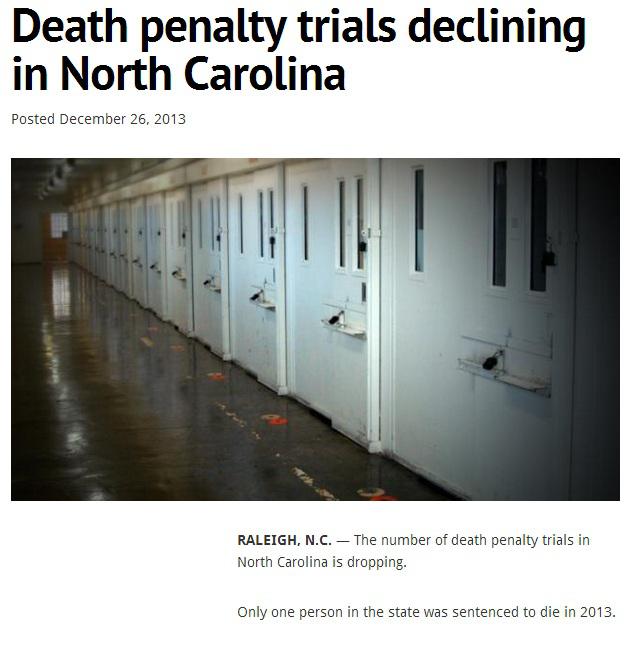 “The number of death penalty trials in North Carolina is dropping.

Only one person in the state was sentenced to die in 2013.

His trial was one of five capital cases where a death sentence could have been imposed.

North Carolina has averaged fewer than three death sentences a year over the past decade. That compares with the 1990s, when there were more than two dozen people often were sent to death row in a single year.

North Carolina had no executions this year. A series of lawsuits filed in 2006 challenged the fairness of executions.

The state has 155 inmates on death row, but most have challenges pending.”

In North Carolina, first degree murder with the finding of at least one of 11 statutory aggravating circumstances is punishable by death. A passionate and competent Raleigh lawyer at Kurtz & Blum, PLLC, has the experience and skill necessary to handle these important and highly controversial cases. Our lawyers can and will aggressively defend you and negotiate effectively with prosecutors on your behalf.

It is critical that you have a reliable criminal defense attorney who passionately believes that no one should be put to death in today’s civilized society. You need one of the Raleigh law firms that will fight for your rights like the attorneys at Kurtz & Blum. Call us at 919-832-7700 and we will help you build the best defense.