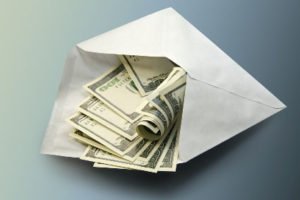 Former Charlotte mayor Patrick Cannon plans to plead guilty to corruption charges, according to court records. WRAL has this report:

“Court records show that a plea agreement in the case was filed on May 12 but remains under seal. A bill of information, which prosecutors often file in lieu of getting a grand jury indictment when plea negotiations are underway, also was filed May 12 and was unsealed Monday.”

The 56th mayor of Charlotte was arrested on charges of accepting around $70,000 (or more) in bribes from businessmen and unfortunately for him, federal agents. Among the payments to obtain the city leaders influence, a $2,000 payment from a strip club owner whose club lies within the proposed light rail system extension.

Former Senator Dan Clodfelter was appointed by the City Council to finish the remainder of Cannon’s term. However, he stated that he wouldn’t run for a full term in 2015.

Had Cannon not considered pleading guilty, he would have ended up behind bars for up to 50 years and paid a fine of $1.5 million.

According to Howard Kurtz, an experienced Raleigh criminal defense lawyer with Kurtz & Blum, PLLC, this case illustrates the reality that criminal behavior can be found at every level of our society. As members of a democratic society we put our trust in the hands of our elected officials.

These public servants are generally held to a higher ethical standard because of the temptation to use their considerable influence for personal gain.

According to the Legal Information Institute, malfeasance is intentional, wrongful conduct performed by public officials. Compared with misfeasance (lawful but inappropriate) and nonfeasance (inaction despite responsibility), malfeasance is the highest form of misconduct in public office.

As malfeasance is used in both civil and criminal litigation, this form of misconduct is no different from common crimes like theft. Malfeasant crimes also carry fines and imprisonment sentences, similar to common crimes.

While the law offices of Kurtz & Blum, PLLC do not handle federal criminal defense cases like this one, we often represent individuals charged with serious white collar crimes.  No matter what the circumstance you can trust that a reliable attorney in Raleigh, NC is available who knows the law and have the resources and knowledge of state law to provide an aggressive defense.