Home Blog Can You be Charged with Murder for Selling an Illegal Substance in NC?

Can You be Charged with Murder for Selling an Illegal Substance? Raleigh Drug Defense Lawyer Weighs in 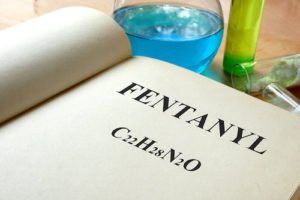 In July 2017, Amanda Katherine McLeod was indicted in Raleigh on a charge of second-degree murder. Three months earlier, she had sold the powerful and deadly drug, fentanyl, to a woman named Emily Renzo. On the same day, Renzo was found dead due to an overdose of fentanyl mixed with heroin.

McLeod was placed in police custody in May, when officials arrested her on grounds she had been maintaining a dwelling to keep or sell drugs. It wasn’t her first brush with the law – she had been previously convicted in 2013 for drug-related charges but was granted probation.

While she was a convicted felon, did she really deserve to be charged with Renzo’s murder?

Second degree murder relating to drugs [is] one that was proximately caused by the unlawful distribution of opium or any synthetic or natural salt, compound, derivative, or preparation of opium, or cocaine or other substance described in G.S. 90-90(1)d., or methamphetamine, and the ingestion of such substance caused the death of the user.

It appears that McLeod may have sold the opioid that ultimately resulted in Renzo’s death, warranting the charge. But in my estimation this fact alone is not enough to deem her guilty of murder. For any such case, the prosecution must prove all the following elements beyond reasonable doubt:

Cases like this could turn on whether the drug sale was a proximate cause of death – meaning it was sufficiently related to the death that it could be said to have caused it – and whether malice, or intentional wrongdoing, motivated the seller.

Given these prerequisites, a competent drug crime defense lawyer will be able to help someone in this type of case carefully review their options.

A real need for a rising threat

The need for a drug lawyer experienced in this kind of case will likely become more important in the coming years. The use of fentanyl and deaths related to it have risen in the United States, and has exploded onto the black market. There is a probability that second-degree murder charges, like those faced by McLeod, will also increase.

Kurtz & Blum, PLLC does not condone the sale or use of any illicit substances, but we believe that those who sell illegal drugs still have significant rights and deserve a fair road to justice. If you or someone you know is facing charges related to the sale and distribution of fentanyl, an experienced drug attorney on can help challenge the case against you in an effort to obtain the best outcome.