Home Blog Child Custody When One or More Parents Are Arrested 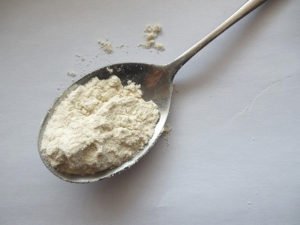 Parents are supposed to do what’s best for their children, yet there are still instances of neglectful parents around North Carolina. Recently, three children from Wake County were placed in the custody of the Child Protective Services after being found in a home that also served as a methamphetamine lab.

A Dangerous Environment for the Neighborhood

According to Bridget Roberts, a mother of two who recently moved in across the street, noted that the children seemed like normal kids, but grew concerned about their being unsupervised. “They didn’t come out much,” she said.

Sheriff Donnie Harrison, on the other hand, expressed his frustration on the case, particularly since children are involved. “Any time you have a meth lab…if that meth lab had gone south and exploded in that house and caught that house on fire, Lord knows what could have happened,” he said.

By law, teachers and other professionals are responsible for reporting any incident that might indicate child abuse. Failing to report such incidents is considered a misdemeanor, and individuals who fail to report may be punished through fines, jail time, or both.

In all states, child abuse is defined as any act that results in imminent risk or serious harm to a child’s health and welfare. In states like North Carolina, acts of negligence are included among them.

Normally criminal charges would only involve two attorneys: the prosecutor and the defense attorney. In child abuse cases, however, a third attorney is involved, and they are known as the Guardian ad Litem or GAL. The GAL, often a family attorney experienced in handling child abuse cases, will represent the child’s best interests, though they are not the child’s attorney per se. The GAL will be looked upon to advise the court on the most suitable course of action for the child’s wellbeing.

In this case, we hope that the best place for these children is at the home of a close relative. Family attorneys make the children’s well-being their top priority, even if the abuse comes from their parents. Those facing similar situations can always seek help from a highly qualified Raleigh child custody lawyer at Kurtz & Blum, PLLC.