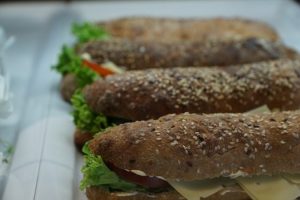 Jared Fogle was a well-known spokesperson for the Subway sandwich chain who recently gained more notoriety than he likely ever wanted after numerous charges were filed against him, including possessing and distributing child pornography, and commercial sex acts with a minor. Fogle’s charges are all federal, so he has so far escaped any charges of statutory rape. However, he may yet face charges at the state level in the near future. This is because of something called the principle of dual sovereignty, which means that state and federal courts can prosecute offenders for the same offense, without violating the double jeopardy protections of either court system. For this reason, among many others, it is important to have an attorney experienced with sexual offenses on your side if you find yourself on the wrong side of the law.

Fogle will spend years in prison as a result of these charges and will have to register as a sex offender upon his release. Fogle faces at least five years in corrections and potentially up to twelve and a half years, depending on how the judge decides to sentence him. Subway has dropped him as a spokesperson and his wife is currently seeking a divorce, as well as full custody of the couple’s children. Jared Fogle is being ripped apart in the media and he will probably never be able to live a normal existence again. His life has been irrevocably changed due to his actions.

Sex offenses are not like other felonies such as drug trafficking or even violent crimes like armed robbery. There is a great deal more stigma attached to sex offenses, most especially those that in some way involve minors. Even an accusation of sexual misconduct with someone underage can be enough to ruin the life of an average person. These types of crimes should be taken seriously by police and prosecution, but they also need to be taken seriously by the people who find themselves accused of them. Too often, people will try to hire the cheapest attorney they can find or work with an attorney they’ve worked with in the past, even if said attorney has little to no experience with sex offenses. This is a mistake. The best results in a sexual offense case are more likely to be achieved by a lawyer who knows what they are doing.

Many times, police take advantage of an individual’s desire to explain themselves with regards to the charges against them. This sort of thing plays right into the prosecution’s hands, and if you talk to police without a lawyer present, you are asking for trouble. While there may be nothing that can be done to avoid a conviction, an attorney who knows how to deal with sex offenses may be able to prevent circumstances from being worse than they have to be. They might be able to work out a plea that will limit the amount of time you spend in prison and take the reins when it comes to dealing with police or the prosecution. Spearheading a defense for a serious sex crime is not a job for amateurs.

The most critical thing to remember if you find yourself charged with a sexual offense is that it isn’t something that you should handle on your own. The assistance of a legal professional is crucial if you want your case to be handled fairly.