Concerns Over New Law that Could Convict Teens for Sexting 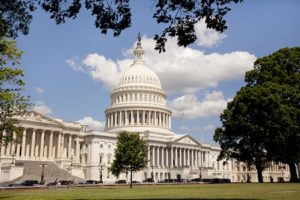 Sexting, or sending sexually-explicit text messages, may seem exciting for many teenagers even though most are unaware of the potential consequences.

Recently, the House of Representatives passed a new bill that adds major new stipulations to the current law on sex-related crimes. As far as the laws on child pornography are concerned, sending, trading and now even requesting images of underage teens is considered a serious crime.

According to the bill, the main purpose is to crack down on the distribution of child pornography. Questions on the merit of the bill, however, arise from the fact that most people who do engage in this practice are not your typical child pornography enthusiasts. Adding fuel to the fire is the particular stipulation that could very well convict teenagers of the offense, and land them in jail for 15 years or more for just a first time offense.

The Bill Up Close

Officially known as the “Protecting Against Child Exploitation Act of 2017” (H.R. 1761), the bill amends Title 18 of the US Code prohibiting the transmission of a minor engage in sexually explicit conduct in an effort to minimize the incidence of child exploitation.

The bill specifically identifies sexting between two underage teens as a violation of the statute wherein any individual found guilty of violating the terms of the bill or conspiring to do so, could be imprisoned for at least 15 years up to a maximum of 30.

Repeat offenders, or those who had been previously convicted of the same crime could receive sentences of 50 years or even life for a third conviction.

Even more concerning for teens is that even a mere attempt to send or receive such explicit images could land them in very hot water.

The real issue here is that overzealous prosecutors could use the new law to pile on charges in an attempt to get a plea bargain for any number of offenses. Even if not actually convicted, a teen teens could receive a lengthy probation, community service, and have to register as a sex offender for life.

This has many opponents to the bill’s broad scope crying foul.

Teens will face with overzealous police authorities and prosecutors.

The need for a well-trained and experienced sex offense criminal lawyer is imperative in putting up a solid defense against this and other sex crimes.

Parents need to educate their children on the dangers these types of bills can impose and should not hesitate to get in touch with us at Kurtz & Blum, PLLC.