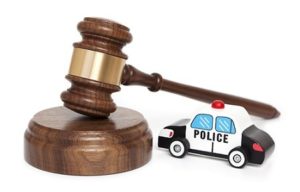 The Durham Police Department made the news this month after it came to light that at least one officer, and possibly several others, had lied about receiving 911 hang-up calls from target homes in order to encourage residents to allow them to search the premises. In late May, a district court judge suppressed drug evidence obtained as a result of this deceptive practice and prosecutors were forced to throw out the case. According to an article published by the INDY Weekly Newspaper, “In February, Officer A.B. Beck knocked on the door of the defendant’s home in South-Central Durham. When the defendant answered the door, Beck told her—falsely—that someone in her home had called 911 and hung up, and that he wanted to make sure everyone was safe. The defendant permitted Beck to enter her home, where he discovered two marijuana blunts and a marijuana grinder.” In reality, Beck was there to serve a domestic violence arrest warrant, and lied about the 911 hang-up call to gain greater access to the defendant’s home.

Durham Police Chief Jose Lopez quickly launched an internal investigation into 911 searches upon learning of the method and released a department-wide memo making it clear that officers were not to use bogus 911 calls as excuses to enter homes for other reasons. The incident mentioned by Officer Beck during the May trial is the only recorded instance of the procedure, but the Durham Police Department is not treating Officer Beck’s choice as an isolated event. It’s true that Officer Beck got permission to search the home from the owner, but it troubles me that Officer Beck obtained consent on the basis of a lie. It probably shouldn’t. Police are able to obtain confessions through use of deceptive tactics (another reason never to speak to police without a lawyer present), and can lie during interrogations, and it is completely legal. Yet to enter someone’s home by dishonest means strikes me as a much more serious betrayal of trust with the community. Our homes are our sanctuaries – it is supposed to be harder for officers to enter a home without a warrant precisely because we value the safety and privacy of residential spaces so highly. Officer Beck made a mockery of that idea when he used a lie to enter someone’s home.

It was refreshing that the judge in the marijuana case suppressed the evidence as being the result of an unlawful search; constitutional protections don’t apply only to high-profile felonies, but it isn’t unheard of for district court judges to take a more generous view of questionable law enforcement behaviors. In this case, however, I think the right result was reached. I’m also happy that Chief Lopez has spoken out against the 911 hang-up practice and that he has launched an internal investigation, but I still find it appalling that any officer felt that it was a good idea in the first place. And this is the defense attorney in me talking, but I doubt that the practice was limited to a single officer – I’d like to believe that the practice wasn’t widespread, but I’m too cynical to actually hold that opinion. Police culture has been known to encourage a “Blue Code of Silence,” an unwritten rule that deters whistleblowers from reporting the misdeeds of their colleagues out of loyalty. Further, if other officers did use the tactic to gain entry to homes, the widespread publicity will likely ensure that they never mention it in a courtroom.

I applaud Durham public defender Morgan Canady who stood by her client and argued that the police officer’s actions were unlawful. Many people believe that the police are supposed to be there to protect the community and to have the best interests of citizens at heart, not use falsehoods to get people to trust them. Sadly, it is too often the case that those in law enforcement are more concerned with being “tough on crime” than they are of upholding rules of law that they find inconvenient. That is why defense attorneys have such a crucial role in the criminal justice system. First and foremost, our job is to make sure that the rights of those accused of a crime have been upheld and are protected. It doesn’t matter whether or not our clients are guilty – we are there to make sure that the State plays by the rules in proving their case. It’s not the most glamorous work, but I’m damn proud to do it.