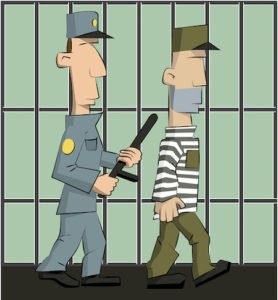 Now, we see that some of those stories are, in fact, true. What was once thought of as too outlandish to be real, we see now that some prison officers ran contraband rings, beat prisoners, had sex with inmates, and allowed attacks on other prisoners.

Earlier this month, the Charlotte Observer ran a 5-part article investigation series highlighting how drugs, sex, and violence has taken hold in North Carolina’s prisons and how some prison officers are at the center of the controversy. The worst part of all this is that state prison policies and management allowed these activities to thrive.

It all starts with prison location and low pay. Many prisons are in rural areas where they are unable to attract top talent. This leads to employees with troubled pasts, including those with violent pasts and gang ties. Without competitive wages, prison corrections officers are more susceptible to bribes and corruption. The North Carolina average for minimum-security prison officers is $32,0000 and $35,000 for maximum-security prisons. The national average is $47,000.

With such low pay, some officers look for other ways to supplement their income. The Charlotte Observer article showed how officers sneaked in drugs, cellphones, and weapons. What made this so easy to do? North Carolina does not frisk officers when they report for duty. Officials rarely bring in drug-sniffing dogs.

A federal lawsuit has alleged that officers in a solitary confinement block at Central Prison have committed serious assaults in hallways not monitored by surveillance cameras. Prisoners say that officers broke bones. One prisoner was so badly beaten that he was in a wheelchair for a year.

While some prisoners have been charged with serious crimes and can be violent themselves, this does not give officers free license to assault prisoners.

Ultimately, North Carolina taxpayers end up paying the price for this corruption. Whether in lawsuits against the state by prisoners or former corrections officers, North Carolina citizens pay for the state’s defense and any settlement. Does that seem fair when we know the issues but fail to make improvements to the system?

What Does This Show About Our Prison System?

If you or someone you know is facing prison time for a criminal offense, please contact Kurtz & Blum, PLLC by calling 919-832-7700 as soon as possible.