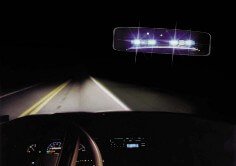 The 4th Amendment to the United States Constitution guarantees you the right to be free from “unlawful searches and seizures” at the hands of the government. So when the police stop you, they have to have a good reason, right? That is simply not the case, especially after a new Supreme Court case came down recently that expands the circumstances under which an officer may detain you. In Utah v. Strieff, 579 U.S. ___ (2016), a man was exiting a house where drug users were known to frequent. A narcotics detective surveilling the house approached the man in a nearby parking lot and asked him to provide his name and ID, which he cooperated and provided. The officer relayed the defendant’s information back, and discovered that the defendant had an active warrant for his arrest for an unpaid parking ticket. This allowed the officer to arrest the defendant, and then, when performing a search of his person subsequent to arrest, the officer discovered a baggie of methamphetamine and drug paraphernalia.

The detective lacked any particularized reasonable suspicion that this man was involved in drug activity, other than he was seen exiting the house where drug activity was suspected. So, how could the police continue to detain this guy in the first place? Until now, this stop would be suppressed along with all evidence that was obtained as a result. However, the Supreme Court says that the fact that the defendant had an outstanding warrant gave the officer enough information to extend the detention of the individual beyond the scope of simply inquiring his name and being provided with the ID.

Before Strieff, criminal defense attorneys would argue that the evidence obtained by officers should be suppressed under the Exclusionary Rule, which prevents illegally obtained evidence from being used against a criminal defendant, on the grounds that the evidence obtained was the “fruit of the poisonous tree,” a term first used in 1939. Nardone v. United States, 308 U.S. 338 (1939). There are several exceptions to the Exclusionary Rule, and the one at issue in Strieff is the called the “Attenuation Doctrine.” Under the new expansion of this doctrine, it is now easier than ever for police to come up to you, without any reason to believe that you are committing a crime, talk with you, and check to see if you have any outstanding warrants. If you do, then they can arrest you immediately and perform a search for weapons and contraband. Because of this new case, even if a brief encounter with the police lacked a good reason for the stop, and was “bad,” the State can still argue that the discovery of an arrest warrant makes the stop “good,” and the Court will not suppress any evidence that was obtained as a result of that arrest. This is how the Supreme Court magically turns a bad stop into a good one for the State. In North Carolina, there are over 500,000 unserved arrest warrants, so even a brief encounter with police could lead to a person being taken to jail. This will have tremendous impact for criminal defense lawyers in Raleigh and across the country.

It is incredibly important for people to know their rights when they interact with a police officer. First and foremost, be respectful when speaking with the law enforcement officer. Then, politely ask if you are being free to leave. If the officer says yes, politely ask that the officer let you be on your way. If the officer says you are not free to leave, politely refuse to answer any questions except for your name. Do not consent to any search of your person or vehicle. If the officer says you are being detained, immediately ask to consult with an attorney before you answer any more questions. If you follow these instructions, an attorney may be able to argue that any evidence found should be suppressed, and that your case should be dismissed.

If you find yourself in a similar situation, it is imperative that you have a knowledgeable criminal defense attorney in your corner to determine whether your rights were violated by the actions of a police officer. Whether you are charged with Trafficking Heroin, Felony Drug Possession or Misdemeanor possession of drug paraphernalia, call Kurtz & Blum, PLLC today for a free consultation with an experienced criminal defense lawyer.