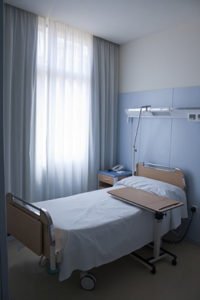 Elder abuse and neglect is a serious issue and growing problem as our population continues to age. Seniors who can no longer take care of themselves, either because of the natural effects of aging or due to medical conditions like Alzheimer’s, must be looked after by a family member or a professional caregiver.

Most cases of neglect are considered a matter of civil law, but sometimes the abuse is so egregious that it rises to the level of a criminal offense. The Winston-Salem Journal reports how Nannie Kollar, the daughter of her 92-year-old mother was accused of elder abuse and was subsequently cleared.

Prosecutors contended that neglect led to the bed sores that contributed to the death of Mildred McGee Ballard.

But Kollar’s attorney said she had spent more than 30 years caring for her mother and there was no sign of neglect.

“She has not had a chance to grieve for her mother’s death,” defense attorney Stacey Rubain said Monday. “She’s very relieved that the jury saw the truth.”

In this case, a jury found that the case against Ms. Kollar did not meet the burden of a criminal offense. Criminal elder abuse generally means a person willfully inflicts physical or mental harm on an elderly individual.

Still we expect to see more cases like this brought by prosecutors in the future as law enforcement officials get more training on the subject.

Cases of elder abuse and neglect can be highly complex. Victims usually suffer in silence when a family member or loved one is not available to look for signs of abuse. Unlike domestic elder abuse, institutional abuse occurs in nursing homes or assisted-living facilities where a culture of neglect is tolerated.

According to the National Center on Elder Abuse it is unclear how extensive the problem truly is. Professionals often lack the proper training to identify signs when they exist and victims often do not report their mistreatment due to fear of retaliation or unwillingness to cause trouble. Approximately 90% of perpetrators are a family member, spouse or partner.

If you suspect abuse or neglect you can file a report with the county Department of Social Services. In addition, you could seek the help of a personal injury lawyer in Raleigh, NC who understands the complexities of elder mistreatment to determine if there is a cause for damages.

A number of individuals may be held accountable when the victim is living in a nursing home or assisted-living facility. This includes staff members, supervisors and the owners or operators of the facility. Most institutions are part of a larger regional or national corporate entity.

At Kurtz & Blum, PLLC, we offer a complimentary consultation for cases of neglect and abuse for anyone in the great state of North Carolina. If you wish to speak with an experienced Raleigh personal injury lawyer who will listen to your concerns with compassion, please give us a call today at 919-832-7700.