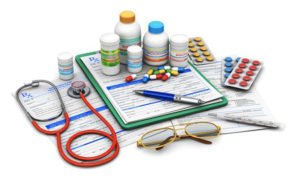 As the opioid epidemic receives more attention, we are left to wonder as to how it got this way and what is the best way to address it.

According to an article in the NY Times, Attorney General Jeff Sessions wants prosecutors to seek the harshest punishment possible. And another one reveals that President Donald Trump declares a crisis but doesn’t request any additional funding.

Who else should we be looking at?

Drug distributors, that’s who. An investigation by the Washington Post and 60 Minutes reveals how the DEA has been stifled in its attempts to address the opioid epidemic at the source.

How the DEA fights against the Opioid Epidemic

DEA had a powerful tool to use against drug distributors. Before, DEA could freeze suspicious narcotic shipments from companies. Because of the massive profits they were making, fines did not hurt the companies significantly. The DEA was prosecuting these drug companies and winning.

They were going after the big fish and winning. They weren’t looking for an extra pill here and there. They were looking for shipments that looked out of whack.

9 million pills to one pharmacy in a town of 392 residents in two years?!?

How could the company NOT see that something abnormal was happening?

The pushback by the drug industry

Why the slowdown? Former DEA attorneys are now lobbyists for drug distributors.

Drug distributors started lobbying congressman to create legislation to make it more difficult for DEA to pursue its enforcement priorities and strip it of its powers.

Ultimately, the new bill was passed through Congress through unanimous consent. No objections. No debate. President Obama signed it into law. It is all but impossible now for the DEA to freeze a suspicious shipment.

Where are we left now?

It looks like drug companies are safe now. Without any teeth, the DEA is now going after doctors and pharmacies.

That is, until their lobbyists get to work.

Check out 60 Minutes’ segment on the epidemic, the Washington Post’s investigation, and Reveal’s podcast episode “Too Many Pills“.