Fourteen months after the shooting death of 17 year-old Trayvon Martin, his case continues to make headlines. According to a CNN report, Martin’s shooter, George Zimmerman, has waived his right to a “stand your ground” pretrial hearing; his legal team has decided to argue self-defense instead.

Last year, while on neighborhood watch in his gated Florida community, Zimmerman fatally shot Martin. Zimmerman claimed Martin had exhibited suspicious behavior and attacked him. Allegedly fearing for his own safety, Zimmerman says he shot Martin. The case made national and international headlines, with the resultant media frenzy focusing on many hot-button issues and igniting a debate on Florida’s “stand your ground” law.

Although the incident happened in another state, its implications are all too clear for residents of North Carolina, which has passed a revised version of the “Castle Doctrine”, similar to Florida’s yet with crucial differences.  A reputable Raleigh criminal lawyer with the Kurtz & Blum, PLLC can explain the nuances of the doctrine to prospective clients.

Many people are not aware of their rights, and the controversy surrounding the Trayvon Martin case has only added to the confusion. Simply put, a “stand your ground” law states that anyone who reasonably believes he is being unlawfully threatened has a right to use force, absent the duty to retreat. Stand-your-ground laws are frequently called “shoot first, ask questions later” by critics, but proponents argue that in cases where you or a loved one is in immediate danger, the use of force is not only warranted, but justified.

North Carolina’s revised “Castle Doctrine”, enacted on December 1, 2011, clarifies the circumstances wherein deadly force may be used without a duty to retreat first. The previous version of the law stated that a citizen could use force to defend his home in cases where a perpetrator forcefully and unlawfully entered the defender’s home. In the new version, the language has been expanded to include the permissible use of force in all places where a person has a legal right to be, such as his home, his motor vehicle or his place of work.

While the new “Castle Doctrine” makes it clear that citizens of NC are not required to retreat when faced with “reasonable fear of imminent death or great bodily harm” at home, work, or in their car, elsewhere, the duty to retreat is present. For a better understanding of your rights under the revised “Castle Doctrine”, seek the advice of a competent Raleigh criminal attorney with Kurtz & Blum, PLLC. 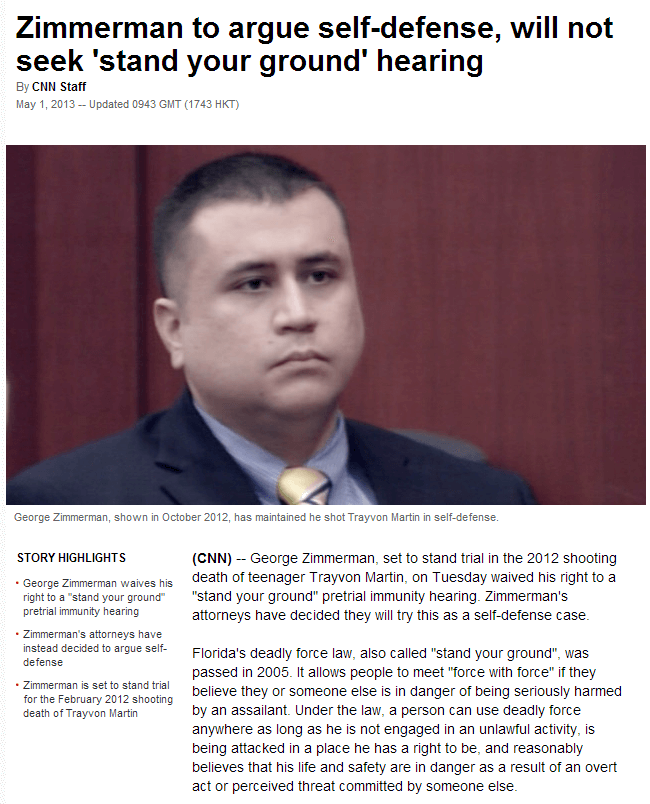