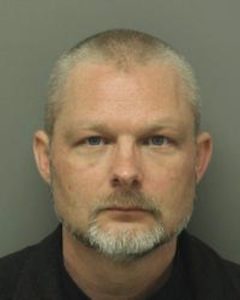 Ever get mad at another driver? It happens, but it’s not excuse to take such an incident and let it get out of control.

On busy thoroughfares like Durham Road in North Carolina, encounters between drivers can get plenty heated. There can sometimes be a shouting match and an exchange of some profanity which, in turn, may quickly escalate into a full-blown road rage incident. One minute things are calm and the next minute, one of drivers pulls out a gun and fires.

This is exactly what happened last January 15, 2015. A man was allegedly so furious that he shot the tire of the other driver’s car. The authorities charged him with felony shooting and misdemeanor property damage. The bail was set by a magistrate at $75,000.

While there was no reported injury in the incident, the driver in question faces severe penalties. If you or someone you know ever finds themselves in a similar situation, we suggest you consult with an experienced Raleigh criminal attorney.

A conviction to a felony charge can lead to a minimum jail time of three months. If the prosecution team is able to establish that the driver had intent to kill or seriously injure another person, he is likely to spend 15 months in prison at the very least. Once convicted of a felony, North Carolina laws dictate that he will be prohibited to carry a weapon ever (open or concealed).

While this particular driver has little room for excuses for his destructive behavior, he still has a constitutional right to an aggressive defense from a qualified Raleigh criminal lawyer, something that an established law firm like Kurtz & Blum, PLLC can provide.

In a case like this there may be extenuating circumstances, such as being provoked, that could influence the outcome greatly. Every situation is usually more complicated than it appears on the surface.

Getting behind the wheel with a loaded firearm might not prove to be the most prudent decision, especially if the driver is susceptible to losing their cool. We encourage all drivers to just relax and take it easy when they find themselves in stress road incident.