Impact on Communities Who Want Police to De-prioritize Weed 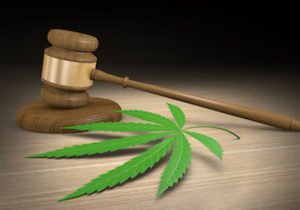 On the surface, the issue seems to be a simple one. Police believe there is reason to suspect that an individual is in the possession of a small amount of marijuana and act within the confines of current laws. If any weed is found, the person could be arrested  or cited by the officer and the wheels of justice start to turn. Many of these folks then seek a competent Raleigh criminal lawyer for help.

Unfortunately, there’s more to the story. While most officers take their jobs seriously and focus on carrying out their duties without resorting to racial profiling, others seem to find this an ideal way to go on “fishing trips” just to see what they can find. This has led to  a disproportionate number of people of color being arrested for additional crimes after being detained for small amounts of possession of marijuana.

There’s nothing new about profiling. However, the topic has received additional scrutiny in the area since the shooting of Charlotte resident, Keith Scott, in September at the hands of local police. More and more community leaders are calling for reforms such as the Durham City Council who recently requested City Manager Tom Bonfield and Police Chief C.J. Davis. Specifically, they are calling for de-prioritizing the emphasis on searching for small amounts of marijuana.

The Application of the Law is at the Core

No one is arguing that there are laws on the books that speak directly to the possession and use of weed. At issue is the matter of who is immediately suspected and detained, and who gets a free pass.

Mike Meno, a spokesman for the ACLU North Carolina Chapter, pointed out that around 80% of the arrests for possession of marijuana involved people of color. This is in spite of estimates that the use of weed is more or less even between Caucasian and African American citizens.

The tensions resulting from this reality are further complicated by a changing attitude of people regarding the recreational use of weed. As more people see it as a substance that causes no harm and should be considered on a par with the use of alcohol, there is more pressure from citizens’ groups to take a good look at not only the way current laws are applied, but also if the time has come to amend or do away with them altogether.

The Ramifications for Those Who Arrested for Marijuana Possession

A small amount of weed could lead to a simple fine and a slap on the wrist. But that is not the end of the story. The ensuing arrest/citation and conviction is only the beginning. As more than one individual has found, finding work becomes more difficult as potential employers may automatically reject applicants with any kind of a criminal record. The chances of advancement in the workplace could also be affected. Whatever one thinks about the use of marijuana, the fact is that being found in possession can have a long-term, detrimental effect on their life.

Will Law Enforcement Embrace De-prioritization, and if so, When?

The current political climate will mean that change will likely be slow. While this debate goes on, the effort to decriminalize the possession of small amounts of weed, especially in cases where there are no grounds to suspect other forms of legal activity, could gain ground.

Criminal defense attorneys like those with Kurtz & Blum, PLLC work with clients who have been charged with drug possession, including marijuana. We understand the current laws and work to represent our clients to the full extent allowed by those laws.