Home Blog Divorce can be Hard Even for Celebrities

Divorce can be Hard Even for Celebrities 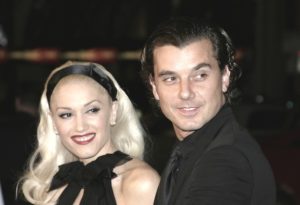 Everyone hears of Hollywood power couples filing for divorce all the time, often to the disappointment of their fans. What most people don’t consider, however, is that celebrities are not spared from the difficulties of dealing with a divorce case. As any family attorney will tell you, high-profile divorce cases have to go through the same arduous process that can be taxing for both parties.

Such was the case for “No Doubt” singer and popular icon Gwen Stefani, who recently ended her 14-year marriage with Gavin Rossdale. The couple decided to file for divorce after Stefani discovered Rossdale’s affair with their children’s nanny. Asked about the discovery of her husband’s affair, Stefani described her ordeal as the “beginning of hell.”

“I got a divorce. It’s the worst thing that can happen to me besides death. My dreams were shattered, and I feel so embarrassed about what happened. All I wanted my whole life was to have babies, be married, like what my parents have,” Stefani recently told Harper’s Bazaar in an interview.

Other than her split, one thing that Stefani found hard to deal with was the legal battle for her children’s custody. According to her, she found it difficult to have to share custody of her three children, Kingston, Zuma, and Apollo, with her former husband. “It was so insane because not only did my family break up, but then my kids are taken away like half the time,” she said.

As a way to cope with the ordeal, Stefani took all her frustrations into her music. She infused all the emotions she felt while going through the process of divorce into some of the songs in her latest album. She also found solace in her fellow “The Voice” judge, Blake Shelton, and the two are now seemingly pursuing a happy relationship.

Despite the emotional setbacks, Stefani seems determined to move on in her life. “I’m at a certain time in my life where I feel like I’m doing what I’m supposed to do. Every day is art, you know? Some days are really bad, and some days are so good.”

For anyone enveloped in the legal process of divorce, the process can be difficult, frustrating, and emotionally exhausting for both parties. It gets more complicated when the issue of child custody is involved. With help from a trusted Raleigh child custody lawyer at Kurtz & Blum, PLLC, we can help you manage the entire divorce proceeding and help you keep your sanity.