Home Blog Does Ring Send Footage to Law Enforcement Without Your Knowledge?

Does Ring Send Footage or Data to Law Enforcement Without Your Knowledge? 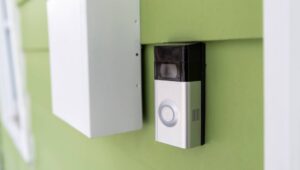 Millions of people across the United States use Amazon’s Ring video doorbell or Ring security camera to see who’s at the door before answering. However, as these devices become more popular, right-to-privacy concerns are giving consumers pause.

Recent CNN news reports indicate that Amazon has shared Ring footage or data with police without users’ consent nearly a dozen times this year alone. As Amazon’s partnerships with local law enforcement agencies continue to grow, so will consumer concerns about Ring data privacy. If you have a Ring doorbell or are thinking about getting one, continue reading to learn more about what Amazon is allowed to do with your data.

Is Ring Allowed to Send My Data to a Police Department Without My Permission or Without a Warrant?

The short answer is yes. Amazon can send your footage to the police without your permission or a warrant. Amazon owns all the footage captured on Ring devices, including any audio captured in the recordings. Without government regulations to tell it otherwise, Amazon can use this footage however it chooses and hand it over to anyone it wants to.

Ring’s Law Enforcement Guidelines say that the company will immediately release footage requested by law enforcement in case of an “emergency.” Furthermore, Amazon alone gets to decide what constitutes an emergency and whether to release the footage. Although Ring says it notifies users of requests from law enforcement, it is not required to do so.

Additionally, Ring’s Law Enforcement Guidelines allude to the company providing footage from its devices when it is legally required to do so, such as when properly served with a subpoena.

How Many Times Has Ring Sent Footage to Police in 2022?

In response to recent questions from Sen. Ed Markey of Massachusetts, Amazon disclosed for the first time that it had shared Ring footage with law enforcement without the consent of Ring users. As of July 2022, Amazon admitted to providing footage to police 11 times this year. Furthermore, Amazon revealed it had received more than 3,000 legal requests for Ring data in one recent year, and users were notified in only about 650 cases. An Amazon spokesperson said Ring works with more than 2,000 law enforcement agencies across the U.S., all of which can make requests for Ring data.

What Are the Reasons Amazon Sends Data to Law Enforcement?

Amazon says it shares footage from Ring devices in cases involving “danger of death or serious physical injury to any person.” However, it is up to Amazon to make a “good faith” determination as to whether a law enforcement request is legitimate. This is a significant privacy concern, as Bloomberg News recently reported that several major technology companies had been tricked into handing over sensitive data to people posing as law enforcement officers.

Is There Anything I Can Do to Prevent This?

You can turn off notifications for requests from police who want your Ring footage by going into the Ring app’s settings. However, Amazon has already sent footage to police departments without users’ knowledge or permission, so turning off your notifications may not do much. If you are concerned about how Amazon uses your Ring footage, lobby your representatives to pass new regulations concerning how technology companies use their data.

Would I Be Able to Sue Amazon Ring if They Send My Data/Footage to Law Enforcement Without My Consent?

It is unlikely that you can take legal action against Amazon for sending data from your Ring device to law enforcement without your permission. That’s because Amazon owns all the footage from these devices, and without government regulations, its users’ legal rights are unclear. However, if you are concerned about how footage or data from your Ring video doorbell is being used, contact Kurtz & Blum today to speak with one of our attorneys.