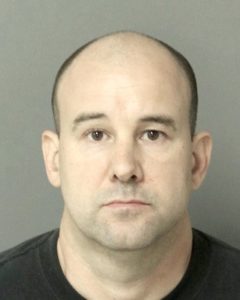 Robert Edward Whiteside, a 46-year old man was arrested for suspicion that he was holding a woman from Germany in involuntary servitude in a secret room at a Zebulon warehouse. Originally, Whiteside was charged with one count of sexual servitude of an adult victim. Recently, however, federal authorities have taken over the case and filed new charges against him. Whiteside now faces a federal second-degree sex offense and two counts of assault by strangulation on top of the original state charges.

Some people might think this is an example of “double jeopardy,” or being charged with the same offense twice but any experienced federal criminal lawyer will tell you that this is not the case here since the charges were filed separately at the state and federal levels for the same set of crimes.

Being tried for the same offenses on both the state and federal level can put a lot of stress on the defendant. Those who face charges on both levels should seek legal help from a criminal lawyer in Raleigh who has had experience in assisting people charged at the federal level. In fact, having the same legal team working on both sets of charges can be more convenient. This way, the defendant would not need to consult with two different lawyers to resolve his case. A single legal team will also be able to keep track of the paperwork and other important documents better as well as come up with a strong defense strategy for the client.