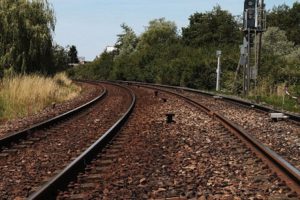 Did you know that an 8-car passenger train traveling at 80 mph needs about a mile before it will finally grind to a complete halt?

Apparently, one driver in Garner was too impaired to get the memo. Police arrested 24-year-old James Harrington of Wendell after he parked his car on the tracks and found himself at the mercy of an incoming Amtrak Silver Star heading to Miami, delaying the train’s trip for 2.5 hours. He was charged with DWI, resisting arrest, and leaving the scene of a crime. Fortunately, nobody was hurt in the incident.

It’s a relatively positive ending for this particular railroad crossing that has seen one fatality more than a year ago. The crossing along Vandora Springs Road claimed the life of a 59-year-old woman in a similar accident. The difference between the two events is that the woman wasn’t driving under the influence when the tragedy occurred.

Unlike cars, trains can’t steer clear of obstacles and stop as fast, even with emergency brakes. The heavier the train, the more time and distance it needs to come to a complete stop. North Carolina’s rail safety program, BeRailSafe, advises pedestrians and motorists to “respect the crossing” and “respect the track.”

Take the following safety tips as friendly reminders from your local Raleigh DWI lawyer and advocate of safe driving.

Of course, none of these tips may matter if the driver is too intoxicated to heed them. So, above all else, don’t drink before driving. If you or someone you know if charged with driving while intoxicated, feel free to contact a Raleigh DWI lawyer with Kurtz & Blum, PLLC to get professional assistance from a skilled attorney.