Home Blog Driving Under the Influence of Marijuana

DWI Lawyer Shares insights about Driving Under the Influence of Marijuana 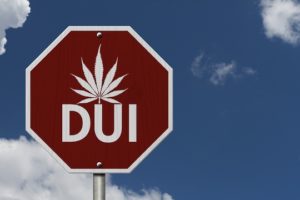 According to Mothers Against Drunk Driving, 28 people die every day because of someone impaired behind the wheel. Though there have been plenty of studies confirming the risks of drunk driving, studies have not found similar results for driving while under the influence of marijuana. It is not clear if it even increases the number of accidents on the road at all.

A 2014 New York Times article reported that there is less to fear from drivers under the influence of marijuana compared to those who drive drunk. The article provides information on a number of studies on the matter, and concludes that government resources are better spent trying to curb alcohol-impaired driving instead. That said, don’t take this information as your permission to get high and drive in North Carolina, because driving under the influence of marijuana definitely remains a crime in our state, and comes with some potentially serious consequences.

North Carolina considers it a crime to drive a vehicle while under the influence of alcohol, marijuana, certain legal drugs, and a number of illegal substances. A blood alcohol content (BAC) level of 0.08 percent is currently the limit at which impairment is established for alcohol. Since marijuana doesn’t yield BAC results, the arresting officer must establish that the driver’s ability to operate a vehicle safely has been impaired regardless of the driver’s blood marijuana percentage. Supposedly, a marijuana detecting breath test is on the horizon but isn’t here yet.

Punishment for a Marijuana DWI

The penalty for being found guilty of a marijuana based DWI depends on the aggravating factors present in the offense. This may include personal injury to others, or any prior convictions. If such aggravating factors are not present, a marijuana DWI arrest can lead to a maximum 60 days of jail time, up to 24 hours of community service, and a fine of up to $200. The punishments are the same in a marijuana based DWI as they are in a regular alcohol based DWI.

The need for a Raleigh DWI lawyer

If you have been arrested for marijuana related DWI you have rights and your case needs immediate legal attention. Call a DWI lawyer with Kurtz & Blum, PLLC and be prepared to provide accurate details surrounding your arrest, including all details about when it was that you were under the influence, the location, the amount of cannabis in your car or on your person and any specific information about the tests you were required to take.