Home Blog Drug Abuse among Medical Professionals on the Rise 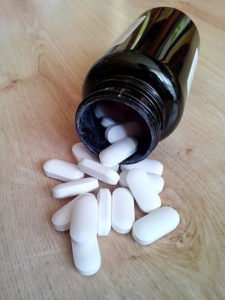 When someone mentions drug abusers, medical professionals are some of the last people you might think of. But you might be surprised that many doctors are addicted to prescription drugs. As a criminal lawyer I can tell you that it’s more widespread than you would think and many have been apprehended for their actions.

In Nags Head, North Carolina, Barrett and Patrice Welch, owners of a local animal hospital, turned themselves after two search warrants were executed at their hospital and home. Investigators found more than 200 un-prescribed pills in the animal hospital and 100 in the couple’s home.

Not a New Problem

While substance abuse among medical professionals may sound unusual, this is actually a growing problem. According to Lisa Merlo, PhD of the University of Florida’s Center for Addiction Research and Medication, physicians are more likely to misuse prescription drugs. In her research, she noted that most physicians who abuse prescription medications are using them to relieve stress and pain.

This motivation makes them similar to ordinary people who turn to prescription drugs as a way of coping with everyday struggles. It’s very easy for these physicians to misuse prescription drugs because of their easy access to them. In fact, Dr. Logan Botzman, who worked with the owners of the Animal Hospital, told investigators that Dr. Barrett Welch took medication from their inventory for personal use, and would cover up the shortage by prescribing the medication to his personal pets.

Easy access to prescription drugs not only instigates problems that can lead to addiction, but can also perpetuate it. Marvin D. Seppala, MD from Hazelden notes that availability becomes an addict’s top priority and they often create elaborate schemes to ensure their unfettered access to prescription drugs. Unlike other addicts, physicians are highly skilled at hiding their own addiction and action.

Currently, Dr. Barrett and Patrice Welch are facing felony charges of trafficking opium and heroin. In addition, Dr. Barrett is also facing a felony charge for obtaining a controlled substance by fraud or forgery. Taylor, on the other hand, may be facing charges for after investigators found that she is on federal probation for drug charges.

North Carolina drug laws dictate that felony drug charges are punishable by probation and possibly prison time, especially if the accused has a prior a criminal record. Drug laws are the same for everyone, including medical professionals. So if you are facing drug possession or drug trafficking charges, a highly skilled Raleigh drug lawyer at Kurtz & Blum, PLLC is ready to aggressively assist you.