DWI Arrests are up nearly 90% in 2014 according to Raleigh DWI Lawyer, Howard Kurtz 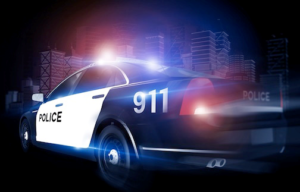 The noose around DWI drivers just got a lot tighter—almost 90 percent tighter, in fact.

With the squad applying for a $300,000 grant to fund its operations, one can expect more arrests to be made in the coming months. Motorists can expect safer roads thanks to the efforts of the small-but-effective team of four officers and one sergeant. Meanwhile, those arrested on the suspicion of driving while impaired will need an experienced Raleigh DWI lawyer to handle their case and mount an effective defense.

North Carolina takes DWI seriously. Lawmakers are pulling their own weight, especially considering that a 2012 telephone survey showed that less than half of Americans believe DWI laws could still get stricter. Only 10% believe the laws are getting too tough.

On July 6, 2012, President Obama signed into law Moving Ahead for Progress in the 21st Century Act (MAP-21). Part of its long-term goal involves highway safety funding priority for states that pass stricter laws that require an ignition interlock device. Statistics show that roughly 300,000 DWI arrests are made every day, but only around 30,000 interlock devices are issued every year.

In North Carolina, interlock devices are required for impaired drivers found to have a BAC of 0.15 or higher and been charged with DWI before. There’s still room for the requirements to get even stricter. If you or anyone you know is accused of DWI, Kurtz & Blum will exhaust every possibility of acquittal or a reduction of your sentence.

The Prospect of Jail

Even if the evidence against you is overwhelming, a reputable DWI lawyer in Raleigh who understands how judges and prosecutors interpret sentencing guidelines may be able devise a strategy to mitigate your sentence.