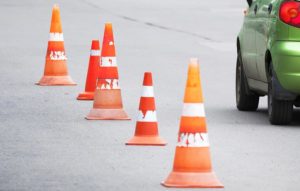 Every ten years the National Highway Traffic Safety Administration (NHTSA) conducts the National Roadside Survey of Alcohol and Drugged Driving, a multi-million dollar federally funded study on the prevalence of alcohol and drug impaired driving. The study is supported by Mothers Against Drunk Driving MADD and the Insurance Institute of Highway Safety (IIHS).

The goal of the study is to obtain real-time data to help policy makers and researchers make better decisions regarding the safety of our highways and by-ways. Supports contend the information provides a much clearer picture than any study based upon respondents who self-report.

While all this seems to make sense, questions about the execution and survey tactics have angered citizens who feel their voluntary participation appeared to be mandatory.

Specifically, questions about whether a driver’s rights are being violated when they are directed into a DWI-style checkpoint and are subjected to a passive alcohol sensor without an option to voluntarily submit to the study. The issue of whether a community’s law enforcement resources should be employed to facilitate the study is also being questioned.

In Reading, PA, one such checkpoint has led to a lawsuit by one citizen who views it is an abuse of power. The AP reports:

“Orange cones and flashing police lights confronted Ricardo Nieves as he rounded a bend on the way to his mother’s house. Before he knew what was going on, Nieves said, a man working for a government contractor stepped in front of his car and forced him to turn into a parking lot. There, a woman repeatedly tried to question him about his driving habits and asked for a mouth swab that would detect the presence of illegal or prescription drugs in his system.

Nieves refused. Then he sued, contending his rights were violated.”

This lawsuit and numerous complaints have recently brought the issue to the attention of lawmakers. Bill Shuster, (R-Pa.) who heads the U.S. House committee that oversees NHTSA, recently told The Associated Press…

“While over the years this survey has provided valuable highway safety information, the Transportation and Infrastructure Committee is looking into this issue, and we want to ensure that it is being conducted in an appropriate manner.”

DWI sobriety checkpoints are highly controversial, so any semblance of a volunteer research study could understandably cause suspicion and alarm among the driving public. We agree that this is not the best use of our federal tax dollars.

And while the U.S. Supreme Court has previously ruled that DWI checkpoints are constitutional provided they meet certain requirements, it remains a questionable tactic among law enforcement. In fact, ten states have considered the practice and determined that it violates their own state constitution.

Unfortunately, North Carolina is not one of them. If anything, the use of DWI checkpoints in North Carolina seems to be picking up as more tax payer sources are directed to these strategies.

If you are stopped at a DWI checkpoint and charged with DWI, you need to speak with a DWI lawyer who has experience defending such cases.

While motorists need to be protected from those driving under the influence we believe there should be a balance between protecting the public and upholding the personal freedoms and rights of individuals. This is why DWI-style checkpoints strictly used for research are questionable at best.

If you have been charged with DWI as a result of a DWI checkpoint, call the office of a qualified DWI lawyer in Raleigh at Kurtz & Blum, PLLC for a free consultation at 919-832-7700.