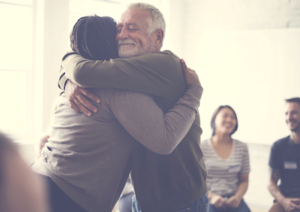 Just before Barack Obama officially ended his term as President, he signed the commutation or reduction of sentences for hundreds of convicts for non-violent drug offenses. This final act of his Presidency brings the total of reduced sentences to 1,385. For families and their loved ones, this act means finally being reunited with the those convicted for non-violent criminal offenses. For those convicted, this means a brand new lease in life.

One of those lucky enough to have been granted early release is Raymond Surrat, a North Carolina man given a mandatory life sentence for a non-violent drug offense. According to the judge who handed out the sentence, he had “no choice” but to sentence Surrat because of his previous drug convictions. His involvement in a cocaine-distribution conspiracy had a recommended maximum penalty of about 20 years.

With Obama’s executive order, his life sentences have been effectively reduced to 200 months, allowing his release from prison in less than three years. The only other requirement is for him to be able to complete the government-prescribed rehabilitation program.

Without a doubt, convicts like Surrat have Obama to thank for this development in their cases. However, it also shows how important it is to retain an experience drug defense attorney who will seek the release of the accused despite any overwhelming evidence against them.

Prior to the commutation of his sentence, Surrat’s attorney filed appeals, arguing that the original sentence was overly harsh. Yet, it’s still to be determined what’s going to happen to the appeals already filed.

The mandatory minimum penalties established in the 80s and 90s have created numerous cases with penalties similar to Mr. Surrat’s. That’s why it is so important for those facing this kind of case to immediately seek the help of a competent drug crimes attorney who will help fight their case and negotiate with the ADA for a reduction in penalties.

This is one of those matters that require continuous efforts on the part of the defense. For anyone facing mandatory minimums for drug trafficking charges, it is crucial to have a skilled drug defense attorney by their side.

Drug defense attorneys with Kurtz & Blum, PLLC offer legal services for those charged with possession with intent to sell, possession and drug trafficking. Give us a call today at 919-832-7700 to schedule are confidential, free consultation.