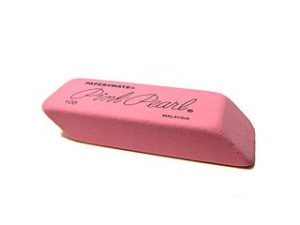 There has been a lot of talk recently about changes that have been made to the laws governing expunctions in North Carolina. If you weren’t aware, an expunction is a procedure to “erase” the existence of a criminal charge from a person’s record. Expunction law can be complex, and no single blog post is going to cover all of the ins-and-outs of the law. However, we hope that this post will answer some questions about the current state of the law in North Carolina. If you think that you might qualify for an expunction of your charge, please feel free to call us.

Here are the most common questions and misconceptions about expunctions:

In North Carolina, a person is only allowed one expunction in their lifetime. Once an expunction has been used, it may never be used again.

However, a person’s single expunction may be used to expunge multiple charges in some cases. If a person was charged with multiple offenses out of the same event, all of the charges from that event can be expunged if they qualify. For example, a person who was charged at the same time for possession of marijuana and possession of drug paraphernalia and was later found not guilty of the charges can then use their single lifetime expunction to get both charges removed from their record.

If you weren’t convicted of a charge, you are always entitled to an expunction in North Carolina: FALSE

Sometimes, individuals have charges against them dismissed due to successful completion of “deferral agreements.” In exchange for an individual completing certain requirements, such as community service, attending specialized classes, and/or not picking up any new charges while the agreement is in effect, a prosecutor may then dismiss the charges against the individual after all the requirements have been met.

You can get an expunction even if you were found guilty: MOSTLY FALSE

However, in 2012 the N.C. General Assembly passed legislation that allows individuals to expunge older misdemeanors and felonies, even if they ended in convictions. In order for convictions to be expunged from your record, three criteria must be satisfied: 1) the crime must not have been violent in nature (no assaults, murders, rapes, etc.); 2) the person applying for expunction was not convicted of any new charges after conviction for the previous charges; and 3) at least 15 years have passed since the end of the person’s sentence for the charges and the application for expunction.

Even if a person meets all of the criteria to apply for an expunction under the new law, being granted an expunction is not guaranteed – it is up to a judge to look at your petition for expunction and to decide whether or not to grant it.

If you pled guilty to a misdemeanor or were found guilty after a trial, you do not immediately qualify for expunction in the state of North Carolina. The 2012 revision to North Carolina’s expunction law does allow for most misdemeanor convictions to qualify for expunction after a 15 year waiting period, but any misdemeanors involving an act of violence, such as assault on a female or assault on a government official, can never be expunged if you were found guilty of the charge.

The rules are a little different if you were a juvenile at the time of the offense. You can get an expunction for a single misdemeanor conviction if it occurred before your 18th birthday so long as you have stayed out of trouble for at least two years since that conviction.

Once you apply for an expunction, the process happens immediately: FALSE