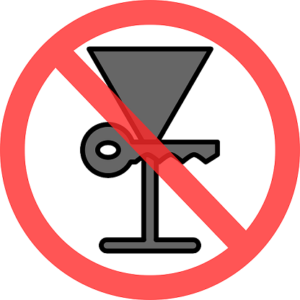 What are the odds of a father and his son sharing a jail cell for the night due to drunk driving?

Probably not very common, but that’s exactly what happened to Eric Sr. and Eric Darrell Eddings recently. In mid-JanuaryAsheville police arrested them within 35 minutes of each other. Eric Sr. was arrested along South French Broad Avenue at 12:25 a.m., while his son followed along McDowell Street at 1:00 a.m. Their blood alcohol levels registered at 0.15 and 0.08, respectively.

Motorists who get behind the wheel while under the influence sometimes make for some bizarre stories. In 2013, a New Jersey woman who was arrested for DWI phoned a friend to pick her up, only for that friend to be arrested for the same reason. They subsequently phoned another friend who also showed up drunk and was subsequently charged.

As unfortunately comical as either story may sound, there’s certainly nothing funny about having a DWI on your record. In the case of the Eddings family, their DWI charges will stay on their record for at least 15 years before they might be able to petition the court to have the convictions expunged from their record.

In late 2012, the North Carolina legislature passed House Bill 1023 which allows for the expungement of certain violations such as DWI provided certain guidelines are met such as having no intermediate convictions other than minor traffic violations.

This is still a valuable opportunity that everyone should be aware. Expungement means the conviction is completely erased from the record that might come in handy during the next job interview. Previously, such convictions followed you for life.

Still, this is just a one time thing and is probably as close to a “clean slate” card as the state is ever going to allow.  If you or someone you know has been convicted of DWI and it has been more than fifteen years, then a reputable Raleigh DWI lawyer can help you get back on track.

If you have been convicted of DWI, you would do well to be on your best behavior moving forward.  Fifteen years may sound like a long time, but the opportunity to have the entire mess permanently removed is just an offer that is too good to pass up.

A fun night of drinking can turn into a lasting nightmare for anyone caught driving while intoxicated. If you find yourself arrested for DWI, don’t hesitate to seek help from a seasoned Raleigh DWI attorney. If you have a prior conviction from many years ago, gives us a call to discuss if you might be eligible to have the conviction removed from your record.