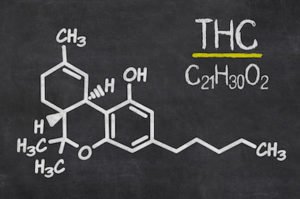 Numerous drugs, particularly Schedule I drugs like heroin and LSD, may increase the likelihood that a person will perform dangerous acts, or perhaps even commit a crime. Marijuana is also classified as a Controlled Substance under Schedule I, in the same category as dangerous drugs like heroin and LSD. However,unlike other Schedule I drugs, medical experts find opine that marijuana’s positive medical benefits could lead to marijuana becoming a widely-accepted medicine for a variety of ailments. Unfortunately, medical experts are currently unable to conduct further research because of the substance’s classification.

Recently, the Drug Enforcement Administration announced plans to review the possibility of reclassifying marijuana as a Schedule II drug, putting it in the same category as drugs like Ritalin, Adderal, and oxycodone. As a criminal lawyer, I see something good out of this possible reclassification.

According to the Drug Enforcement Administration, drugs, substances, and certain chemicals often used to make drugs are classified into five categories or schedules. These will often depend on the drug’s acceptable medical use and the potential of abuse or dependency. Schedule I drugs, for instance, are seen as the “most dangerous class of drugs with a high potential for abuse”. These are also defined as substances with “no currently accepted medical use”.

Under the Nixon administration, marijuana was added to the list of controlled substances in 1970. Since that time, the Drug Enforcement Administration (DEA) has refused to change its categorization of marijuana despite routinely reconsidering other drug classifications. Officials are tight-lipped on discussing the rescheduling process, and have not specified adate on which they might reach a decision on rescheduling marijuana.

Medical experts have experienced difficulties in conducting further studies on the possible medicinal properties of marijuana. In a 2015 study, Dr. Kevin Hill from the McLean Hospital and Harvard Medical School, emphasized significant barriers for researchers wishing to study marijuana as a medicine due to the limits imposed by the DEA.

It’s not surprising, then, that medical experts expressed positive reactions after the DEA announced plans to consider reclassifying marijuana. The American Medical Association said that this review can “help facilitate scientific research and the development of cannabinoid-based medicines.”

Today, there are two marijuana-derived medications approved by the U.S. Food and Drug Administration. Both contain an active ingredient known as cannabinoids (or CBDs), which are approved for nerve pain and for stimulating appetite for patients undergoing cancer treatment.

Until then, possession of marijuana in North Carolina can still lead to jail time, because marijuana possession remains illegal under North Carolina State law. How much marijuana a person possesses will determine whether someone is charged with a misdemeanor or a felony. For crimes like drug possession or Felony Possession with Intent to Sell or Distribute Marijuana (PWISD Marijuana), it’s important to seek help from a criminal defense lawyer with Kurtz & Blum, PLLC.