Fighting for Your Right to Privacy with a Reliable Raleigh Lawyer

Dubbed as one of the cities making up the Research Triangle, Raleigh knows the importance of handling sensitive information properly; when facing any legal battle in this city, you should therefore choose an experienced Raleigh lawyer who understands the value of your privacy. Americans are increasingly getting worried about the their “privacy”, further exposed by the NSA wiretapping scandal which sparked fears of a real-life “Big Brother” monitoring private citizens. If that wasn’t enough, David Trifunov of the GlopalPost reported on another admission that the FBI is using surveillance drones over domestic soil.

This revelation came from FBI director Robert Mueller himself, who highlighted the importance of such strategies—including NSA’s internet and cell phone monitoring—in the fight against terrorism. Referring to communication as terrorist activities’ “soft underbelly”, Mueller asserted that the country will face more terrorist attacks if the current monitoring practices are abandoned. He also revealed that while the FBI uses surveillance drones locally, the drones are rarely used and only in very particular cases.

Not all people, however, are completely convinced. Organizations such as American Civil Liberties Union are calling for more restrictions and better defined guidelines on domestic drone use, something the outgoing FBI director agreed with as he revealed that the agency is in the early stages of exploring both the use and the guidelines of surveillance drones. This is a crucial matter, because while local surveillance drone use remains a gray area, it is constantly in danger of violating the rights of American citizens—specifically, the fourth amendment.

The Fourth Amendment to the United States Constitution protects all American citizens from searches or seizures considered unreasonable usually requiring the acquisition of a search warrant for them to be considered legal. The use of surveillance drones could easily breach the privacy protected by the Fourth Amendment. Howard Kurtz, a Raleigh NC attorney with the Kurtz & Blum, PLLC, weighs in on the matter stating that “although such drone overflights are technically legal… this does not seem to be in keeping with a just and free society.”

American citizens should be free to relax in their backyards or sunrooms without fear that an overhead drone will invade their privacy. It’s not a matter of protecting criminals or supporting terrorists; it’s simply getting assurance that the country’s government is not overstepping its bounds while still protecting the people’s welfare.

Not all people understand the nuances of the law or have knowledge of legal precedence. That is why it is so critical to hire a knowledgeable attorney like the ones at the Raleigh law firm of Kurtz & Blum, PLLC. We are here to advise you on everything you need to know to ensure you receive justice and protect your rights.

Looking for a reliable attorney in Raleigh, NC? Talk to us… we are in you’re corner. 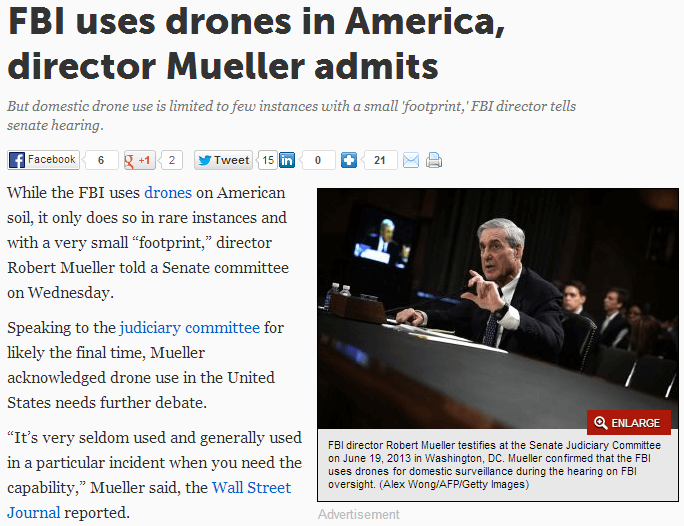