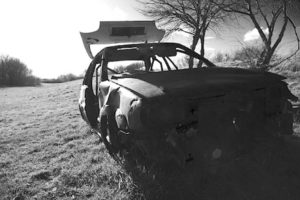 Drag races can sometimes claim innocent lives. Despite all the risks involved and the danger it poses to bystanders, illegal drag racing is still a common headline in the news. Just last month, an illegal drag race that took place outside of Raleigh in Johnston County resulted in the deaths of four people and severe injury to three others.

According to The News & Observer article, John Pearce II, one of the drivers, has been charged with four counts of second-degree murder. However, in cases like these, loved ones of the deceased or the decedent can also file a wrongful death lawsuit against the party that caused the death. Unlike the criminal action, the civil lawsuit is a means by which one can seek to claim monetary compensation. A personal injury lawyer can help surviving family members receive just compensation in addition to the justice they seek through the criminal court system.

Wrongful death cases are entirely separate from charges that can be filed against the responsible party. Surviving family members cannot receive damages from a legal prosecution, rather they are limited to monetary restitution. Only through a wrongful death civil lawsuit can damages be obtained. In this case, the deceased’s immediate family members, surviving spouse, adult child or parents all have standing (a legal concept that means they have the right) to file a wrongful death action.

Once the suit is filed, the plaintiff represented by a personal injury attorney must prove that the defendant’s negligence caused or partially caused the decedent’s death. Three elements must be proven in a wrongful death case: duty of care, breach of duty of care and causation. Duty of care is the legal obligation that an individual is required to adhere to. For instance, drivers are obliged to follow the rules of the road. The drag racers in the Johnston County case clearly violated the laws and potentially caused four deaths due to their negligence and unlawful actions. A plaintiff must also prove that the action of the defendant was the proximately caused the decedent’s death.

An experienced personal injury lawyer in Raleigh, NC would advise those who wish to file a wrongful death lawsuit not to wait too long. Waiting too long can be a problem as there is a limited period of time in which a plaintiff can file an action, this time limit is called the statute of limitations. The deceased’s surviving family members or representative should expeditiously speak with attorneys who have experience in this practice area so as not to risk losing their claim due to the expiration of the statute of limitations.