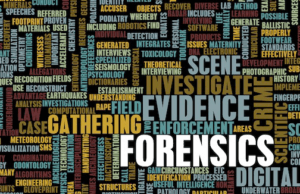 A total of 317 post-conviction DNA exonerations have occurred in the U.S. since 1989, thanks to forensic science. The public is now more aware of what an experienced Raleigh criminal lawyer has always known: evidence used to convict people of heinous crimes can sometimes be completely wrong.

If you watch TV shows like Forensic Files, then you know that forensic science has progressed by leaps and bounds over the years. That being said, this field is not without limitations and is more complicated than popular culture makes it out to be. For instance, scientists acknowledge that even DNA evidence can be fabricated. Not surprisingly, the US Supreme Court ruled that crime laboratory analysts must give testimony and submit to cross-examination at trial.

With the effective application of forensic methods, however, even trace amounts of evidence left at a crime scene can be enough to convict or acquit a suspect. Here’s a story about two lives that have been nearly ruined because DNA testing was not yet available at the time of trial.

North Carolina’s longest-serving death row inmate and his younger half brother walked out as free men Wednesday, three decades after they were convicted of raping and murdering an 11-year-old girl who DNA evidence shows may have been killed by another man.

Henry McCollum, 50, hugged his weeping parents at the gates of Central Prison in Raleigh, a day after a judge ordered his release, citing the new evidence in the 1983 slaying of Sabrina Buie. His half brother, 46-year-old Leon Brown, was later freed from Maury Correctional Institution near Greenville, where he had been serving a life sentence.

During his long years on death row, McCollum watched 42 men […] make their last walk to the nearby death chamber to receive lethal injections. If not for a series of lawsuits that has blocked any executions in North Carolina since 2006, McCollum would have likely been put to death years ago.

Thanks to the outstanding work and collaboration put in by passionate justice advocates and criminal defense attorneys all over the country, innocent men like McCollum and Brown can now taste the freedom that has eluded them for years. Thankfully, there are many people who work ceaselessly to ensure convicted individuals receive rigorous advocacy, forensic testing and better representation when possible.

This story of McCollum and Brown’s serves as a stark reminder of how easily an innocent person can be convicted.  And that it can happen to anyone.

The Raleigh criminal defense attorneys at Kurtz & Blum, PLLC share a keen understanding of forensic science and we are always ready to help those who feel they have been wrongfully accused of a criminal offense.