“Frivolous Lawsuits” in the Eyes of a Raleigh Personal Injury Lawyer 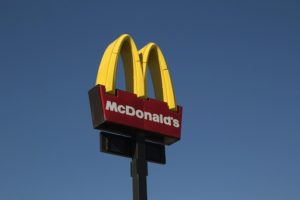 When people hear the term “frivolous lawsuit,” many just assume that the case is without merit and the claim is absurd. However, in the eyes of an experienced Raleigh personal injury lawyer, those “frivolous lawsuits” aren’t always ridiculous. In many cases, the plaintiff has every right to pursue a claim.

Personal injuries happen in the most common places, and legal complaints can arise during the most “run-of-the-mill” activities. There are some cases, though, that can be more remarkable or interesting to the public, primarily because of the entities involved.

Nearly everyone recalls the case about the lady who spilled hot McDonald’s coffee on herself, got seriously burned, sued the fast food giant, and was later on awarded 3 million dollars by the jury in 1992.

In reality, the jury was presented with a stack of evidence of the corporation’s negligence in keeping customers safe. For instance, McDonald’s previous policy was to serve coffee at 180-190 Fahrenheit, temperatures that could cause third-degree burns in mere seconds (which was exactly what happened to the 79-year-old). The corporation also admitted that they didn’t warn consumers of the coffee temperature despite knowing the risks of injury based on numerous complaints and lawsuits they’d received over the years.

More recently, a woman from Madison County, IL tripped on an alleged irregular and uneven surface on the parking lot of a McDonald’s franchise in Bethalto and was severely injured. She filed a lawsuit against Bold Enterprises and Franchise Realty Investment Trust, the fast food franchisee, who was responsible for maintaining the premises and which may have failed to do so. The defendants denied the accusations and argued that the woman tripped on her own feet, which is why they should not be accountable for the more than $100,000 she is claiming.

So what if something like this happens to you or someone you love? Cases that may be seen as frivolous lawsuits are not always cut and dry. A reputable Raleigh personal injury attorney with Kurtz & Blum, PLLC is available to discuss your case and its legal implications to determine if you have worthwhile claim. The lawyer can also provide sound advice regarding how much compensation you can seek from the defendants and how to handle settlements and other actions by the defendants’ insurance providers.