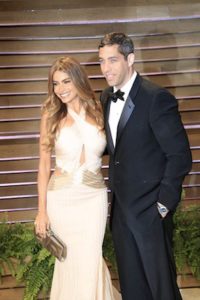 Recently, the world watched as the legal dispute between “Modern Family” star Sofia Vergara and ex-fiancé Nick Loeb unfolded, particularly because both parties were battling over the frozen embryos they created. The high-profile case brings attention to the debate on what the law states regarding assisted reproductive technologies (ART) and marriages that don’t go as planned.

Lee vs. Findley: Documents over Emotions

While Vergara and Loeb’s dispute shed light on the debate, it is certainly not the first case of couples disputing over the right of their frozen embryos. One California case often reviewed by the legal community is the dispute between breast cancer survivor Mimi Lee and her ex-husband Stephen Findley. In her defense, Lee’s family attorney stated that the court should let her have custody over their frozen embryos, arguing that her medical condition greatly reduced her prospects of conceiving in the future.

The superior court judge disagreed primarily based upon the written agreement both parties signed prior to the divorce and ruled for the embryos to be destroyed. During the hearing Findley presented two fertility treatment documents, where the couple referred to themselves as “the Female Patient” and “the Partner”, and instructed that the embryos will be thawed and discarded should the couple be divorced.

Lee is likely to appeal the ruling and we’ll be watching the case with interest.

This is Just the Beginning

While cases like these depend heavily upon the exact details, it is going to become more common to see disputes like these develop during a divorce. Medical advancements are making it possible for couples to possibly start a family through ART that involves the complex issues surrounding legal custody.

Because this area of law is so new, we’re just beginning to see cases appear in courts across the country. Decisions have been mixed. While courts are reluctant to destroy embryos, there isn’t much precedent for what would amount to forced procreation should one parent object.

In Illinois, for instance, Karla Dunston was given permission to use the frozen embryos she and her ex-boyfriend created, despite the latter changing his mind. A Pennsylvania court also sided with Andrea Reiss despite her ex-husband’s objection.

In both cases, the state courts’ decision was made since there was no written agreement that detailed how to handle the frozen embryos in case of divorce. Such was also the case with Vergara and Loeb unlike the case of Lee and Findley.

While North Carolina has yet to see a ruling on such a case, any couple considering frozen embryos would be best to enlist the services of a family attorney. A written agreement signed by both parties would certainly go a long way in resolving any disputes that would arise during a divorce.

A Raleigh child custody lawyer with Kurtz & Blum, PLLC is available to discuss these matters with couples seeking help with this new and complex area of family law.